Scripting a City of Art: Golgonooza

A buzz saw tears through fresh timber, raining a shower of wood shavings on the heads of workers slathering mortar onto layers of brick. The construction crew is small, the labor large: transforming a dream into a reality.

The dream is the collective vision of a group of local artists drawing inspiration from the spiritual ideals of the Romantic poet William Blake and his mythical city of art, Golgonooza.

The artists claim dedication to the rebirth of that city, to perpetuating Blake’s divine humanity, his cosmos of spiritual—yet human—beings.

One way of perpetuating is to record the written word, and by building a “scriptorium”—a printing house based on the handiwork of medieval monks and ancient engravers—the Golgonooza group hopes to begin publishing the works of Blake, local poets and their own writings.

Among the artists building the two-story structure that will house the scriptorium in Millfield are Assoc. Prof. of Art Aethelred and Alexandra Eldridge, proprietors of the Church of The Blake Revival; Daren Neglia, who has just returned from a nine-month stint as an apprentice in the Center for Book Arts in New York; architectural designer David Calahan; writer and illustrator Doug Lovelace and woodworker/ironcaster/jack-of-all-trades Nick Engler.

With a shop of friends skilled in various trades from stonecarving to building design, the group is aiming toward completion of the scriptorium by late fall.

Watching the building go up brick by brick, it is hard to visualize what the strange combination of timber, old bricks and stone will look like. But a glance at designer Calahan’s intricate blueprints reveals that the building is not as haphazard as it appears.

Calahan, who claims the plans were just the fruit of a few spare hours, searched for a cubit—the Biblical measuring unit—that would reflect the spirit in which the building was designed. Most ancient cathedrals were built with cubits, measured by dimensions such as the distance to Jerusalem or the length of the church bells’ wave-length, he said.

“It works out neatly,” he adds. “Blake was able to master a means of making it more comprehensible, more real to study the Bible, to make it all seem less accidental.[e]

“The number twenty-seven is also a recurring number in Blake’s cosmology of the civilized world, so my cubit became twenty-seven inches, and the rest of the building was based on that.”

Other considerations for the scriptorium were a strong foundation, inner space for a printing press, a bookbinding workshop and individual working areas in two stories.

The finished facade will be an eclectic mix of medieval half-timber house, Gothic cathedral, gables, sheer-buttressed walls and “elaborated barn,” he noted.

“It was great to have the opportunity to do an irresponsible building with no authority, no money or time limit. It was harder on my conscience, though—I got away with things I never could have working for a client. 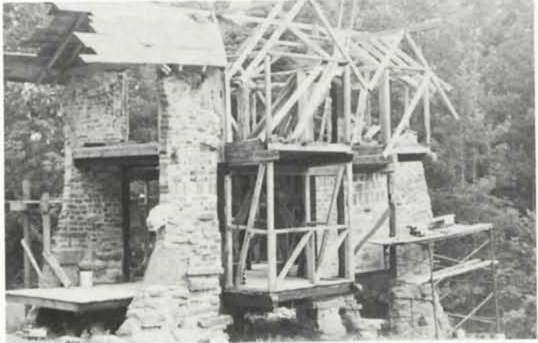 “Nobody has faith anymore in the relationship between a building as they see it and all its integral parts,” he said of the many considerations in the scriptorium design.

He compared it to systems module planning, “the interlocking of different proportions to add up to be more than just the sum total of the parts.”

The integral parts in the scriptorium, the group hopes, will add up to a tangible whole: an alternative press, titled, appropriately, The Golgonooza Press.

“We can’t get published by established commercial publishers, so we’ll do it on our own,” declares Alexandra Eldridge.

The first project for the Golgonooza Press is the publication of a limited edition of one of Blake’s smaller works, such as the “Book of Los” or the “Book of Ahania,” and another edition of the notes group members have taken during the years of Aethelred Eldridge’s weekly Blake readings in the church. 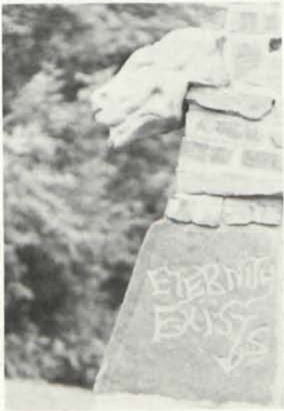 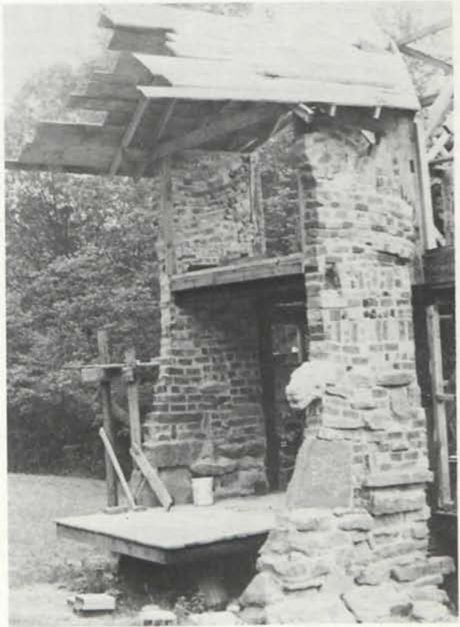