The Times Literary Supplement recently printed an article by Thomas V. Lange, Assistant Curator of Printed Books at the Pierpont Morgan Library, New York, and[e] Charles Ryskamp, Director of the Pierpont Morgan Library, New York, describing a new purchase from “a Continental library” of a “specially bound life of Blake from the 1830 edition of Lives of the Most Eminent British Painters by Allan Cunningham,” and perhaps copied by Cunningham. The volume was extra-illustrated with a number of impressions of Blake’s engravings and etchings and two letters, one by John Varley to Cunningham, the other from Bernard Barton, the Quaker poet, to Cunningham. Heretofore unrecorded impressions from the illuminated books include Jerusalem 2, 41, 59 and America 12, 13, 14, all posthumous impressions pulled by Tatham; contemporary impressions include Europe ii, 3, 4, Book of Los 5, and Jerusalem 28, 70, 75, some with differences from the “published” states, some with changes apparently by Blake. There are a number of Blake’s book illustrations, an “unexplained variant” of Blake’s illustration for the article on gem engraving for Rees’ Cyclopedia, and impressions of 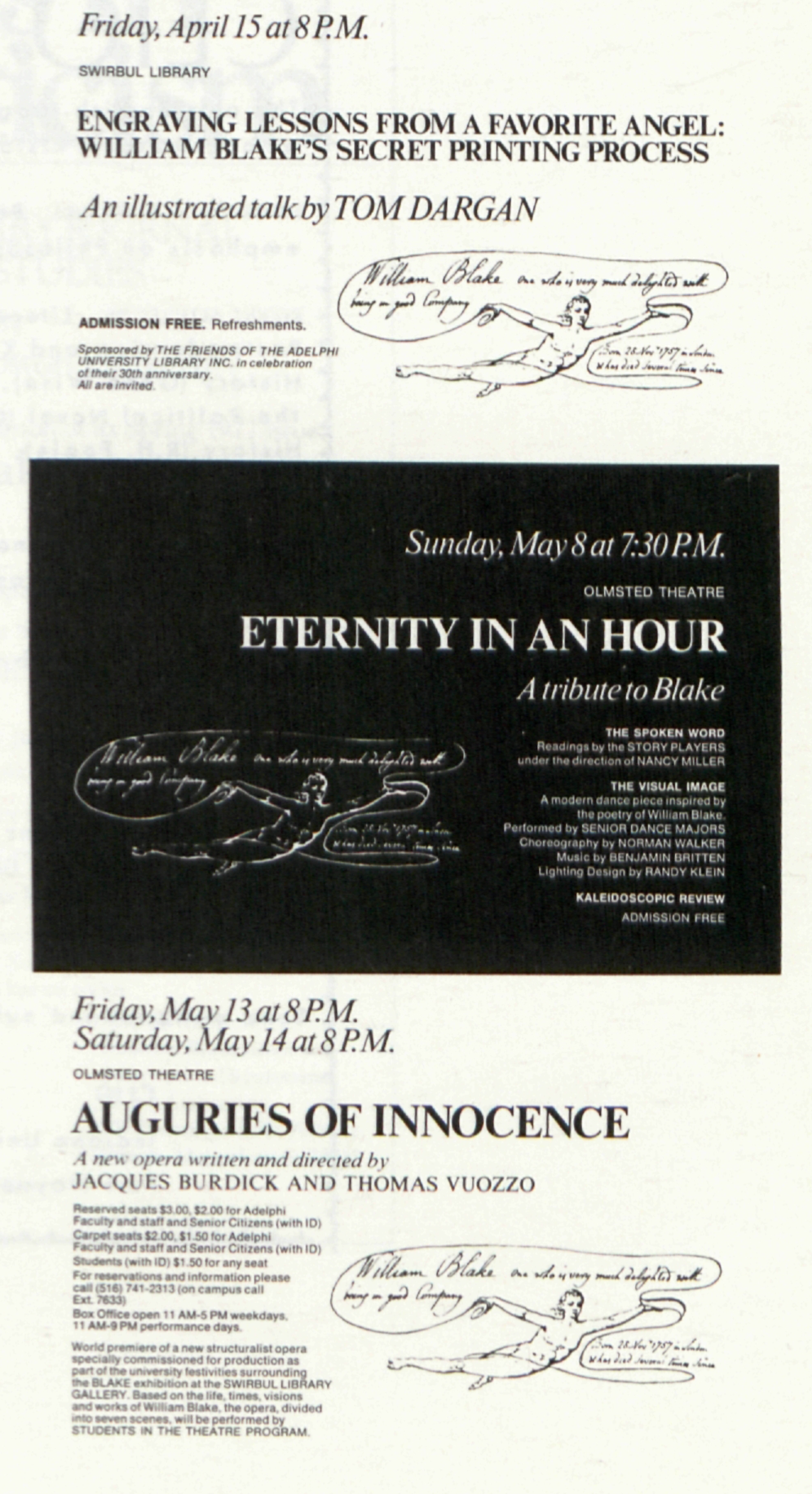 begin page 64 | ↑ back to top five of the “separate plates” listed by Keynes: the portraits of Wilson Lowry and Lavater, Morning Amusement and Evening Amusement (both in black), and Joseph of Arimathea among the Rocks of Albion, second state, touched with wash. For further details see Charles Ryskamp, “A Blake Discovery,” TLS, 14 January 1977, pp. 40-41.