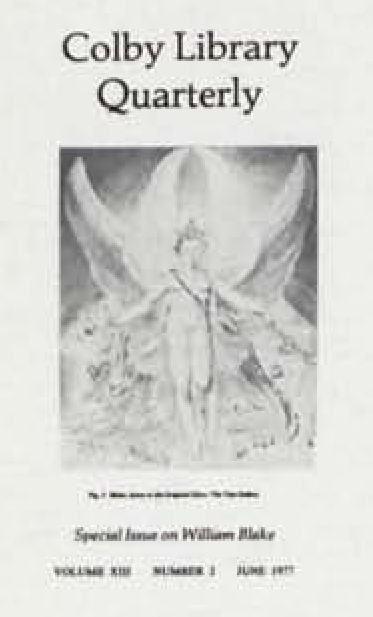 The June 1977 issue of Colby Library Quarterly has a number of articles on Blake: by Christopher Heppner, on “Identity and The Book of Thel”; by Janet Warner, on “Blake and the Language of Art”; by Warren Stevenson, on Blake’s drawings of the Canterbury Pilgrims; by Edward J. Rose, on the Spectre; and by John Sutherland, on the Bard’s Song in Milton. Recently John Sutherland, the editor of the Quarterly, announced that it would pay special attention to essays on Blake, as well as on psychology and literature, and the visual arts and literature. Extra copies of the special Blake issue are available at $1, postpaid, as long as they last. Address the editor at Colby College, Waterville, Maine 04901.