Table 1 shows the numbers of William Rossetti’s annotated lists of Blake’s paintings, drawings, and engravings as they appear in the 1863 and 1880 editions of Alexander Gilchrist’s Life of William Blake, together with the corresponding numbers in my catalogue of The Paintings and Drawings of William Blake, 1981. Rossetti divided his lists into three: list 1, works in color; list 2, uncolored works; and list 3, works of unascertained method (whether colored or uncolored). Each has its own numerical sequence. In the Table the lists are given in numerical order as they appear in the 1863 and 1880 editions. In cases where the sequence of the 1863 and 1880 lists is not the same, the relevant number, if out of order, is given in italics, e.g. 135. Numbers in brackets refer to works mentioned by Rossetti under a number but not listed separately, i.e. [13a] and [13b] are works referred to under his no. 13. The third column gives the corresponding number in my catalogue of 1981. In the case of works drawn on both sides of the paper the reference is assumed to be to the recto unless otherwise stated; in cases where different numbers refer to recto and verso both are given.

Table 2 lists the items in the “supplementary list” added by W. Graham Robertson in his edition of Alexander Gilchrist’s Life of William Blake of 1907. Graham Robertson reproduced William Rossetti’s lists from the first, 1863 edition of Gilchrist’s Life with certain modifications and corrections. Most of these are minor, asterisks for works of “considerable size,” changes of media, and the addition of certain museums as current owners; conversely, the names of the mid-nineteenth century owners given by Rossetti are omitted (as indeed they were by Rossetti in his own revised 1880 lists). Under Rossetti’s no. 5, “A Breach in a City” (Butlin 188, ?189), he adds “There is another version of this design, larger in size and paler in colour. Reproduced at page 64” (this is the version in the Ackland Art Museum, University of North Carolina, Chapel Hill; Butlin 191). Graham Robertson corrects the medium of no. 6, “The Bard from Gray” (Butlin 160), to watercolor, mentions that this was the work exhibited at the Royal Academy in 1785, and adds a reference to the tempera shown in Blake’s exhibition (Butlin 655). Under no. 179, “Satan Exulting Over Eve” (apparently the color print, Butlin 291), he “corrects” the medium from tempera to “Varnished begin page 13 | ↑ back to top water-colour” and adds, “A colour-print of this design was produced in 1795,” presumably the second version of the color print, dated 1795 (Butlin 292). To no. 199, “An Allegory of the Spiritual Condition of Man” (Butlin 673), Graham Robertson adds a descriptive footnote. In Rossetti’s list 2, Graham Robertson notes that nos. 67 and 88 (Butlin 639 and 641) are “inscribed respectively 1806 and 1807.” He also transcribes the inscription on the back of no. 88, “The Fall of Man.”

Where in both these tables the number under Butlin 1981 is queried, or where more than one number is given, full explanations can be found in my catalogue entries. In the course of checking these tables I have found certain omissions or errors in my references to Rossetti’s lists in the sections on “Lit”:

Only two of these additions are of any great significance, those concerning Nos. 197A and 2612; the latter confirms that the work belonged to Mrs. Alexander Gilchrist in 1863. The other additions are more of interest from the point of view of Rossetti’s method, or lack of it. Neither William Rossetti nor W. Graham Robertson was infallible; but nor, no doubt, am I. 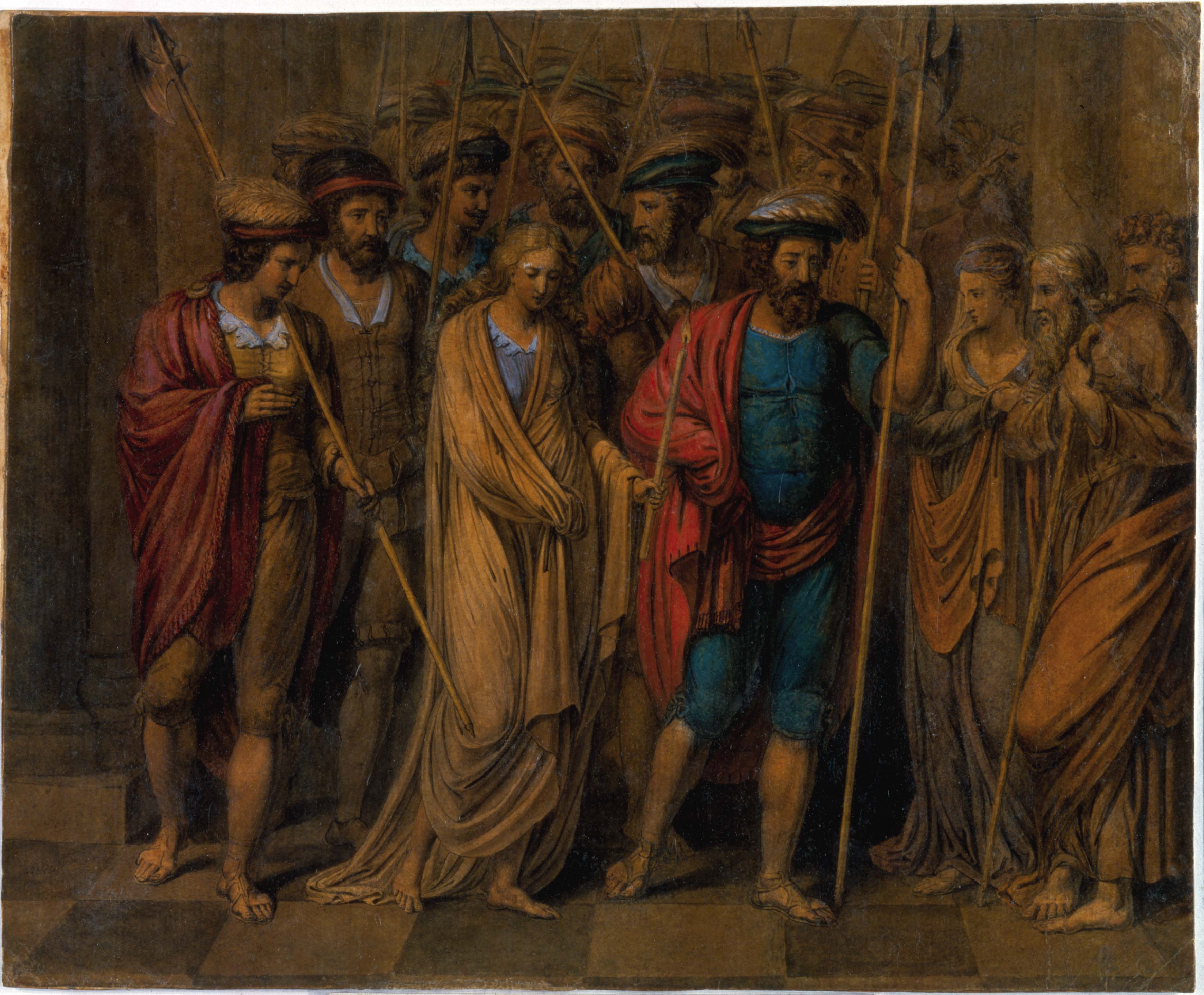 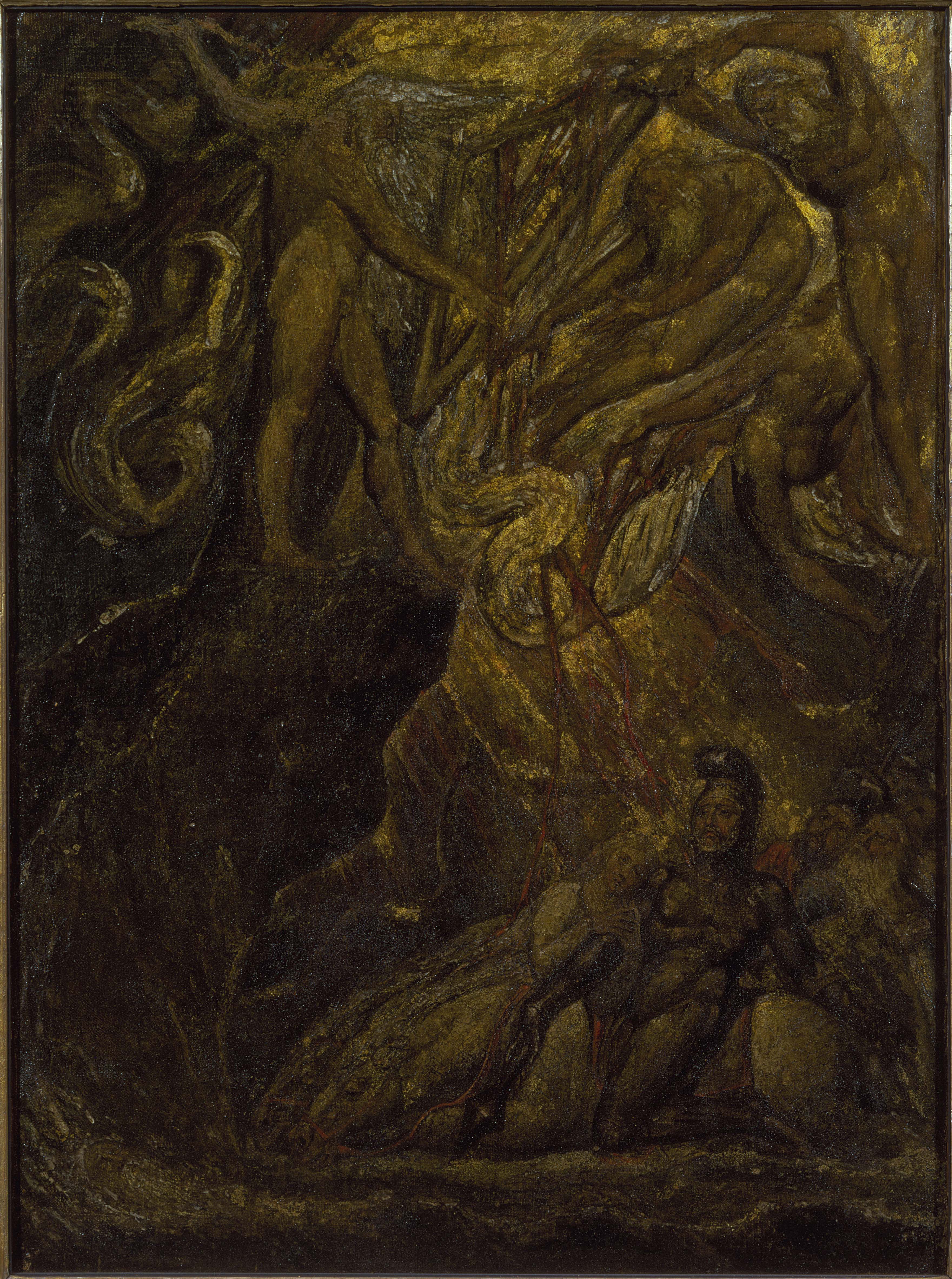 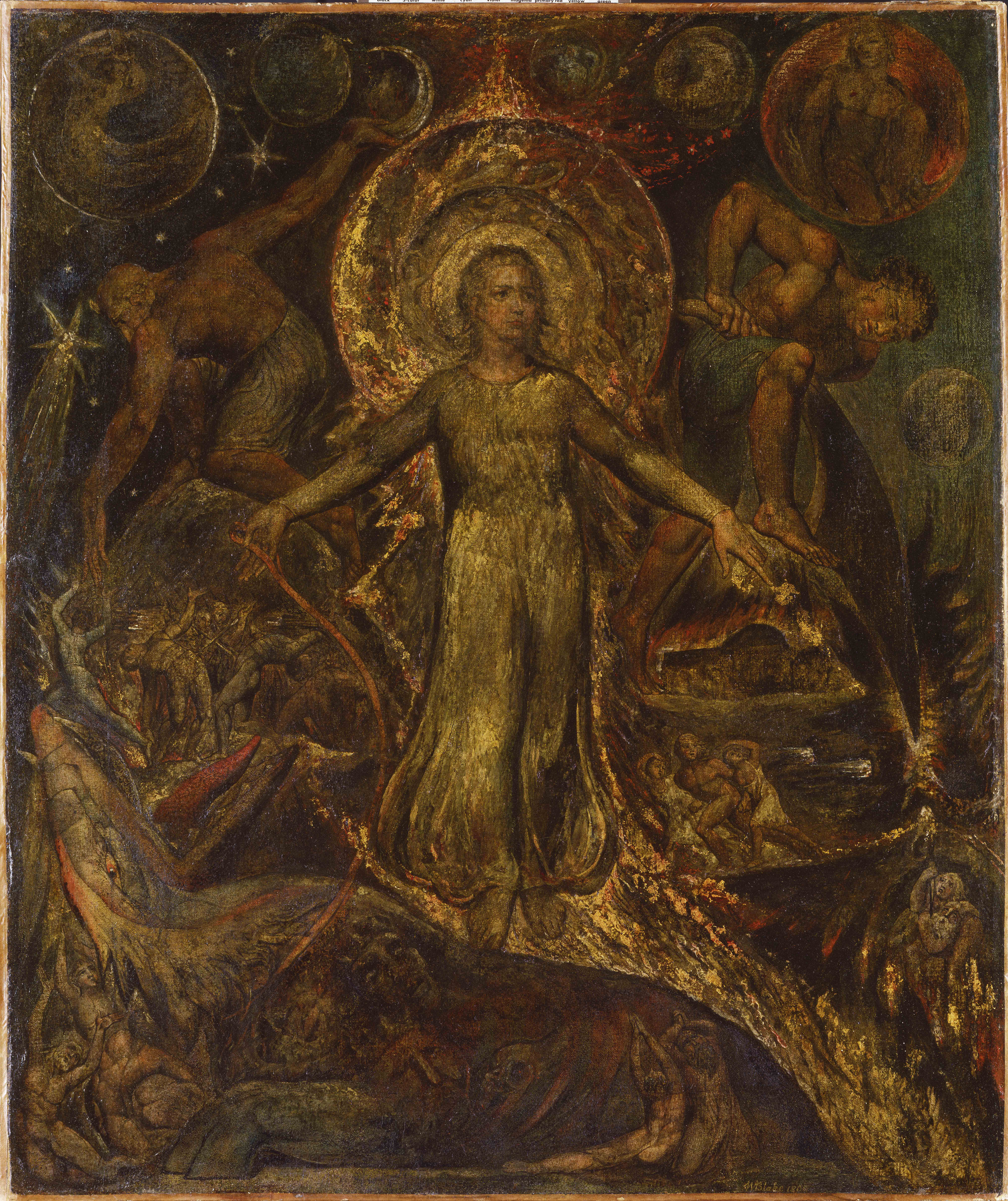 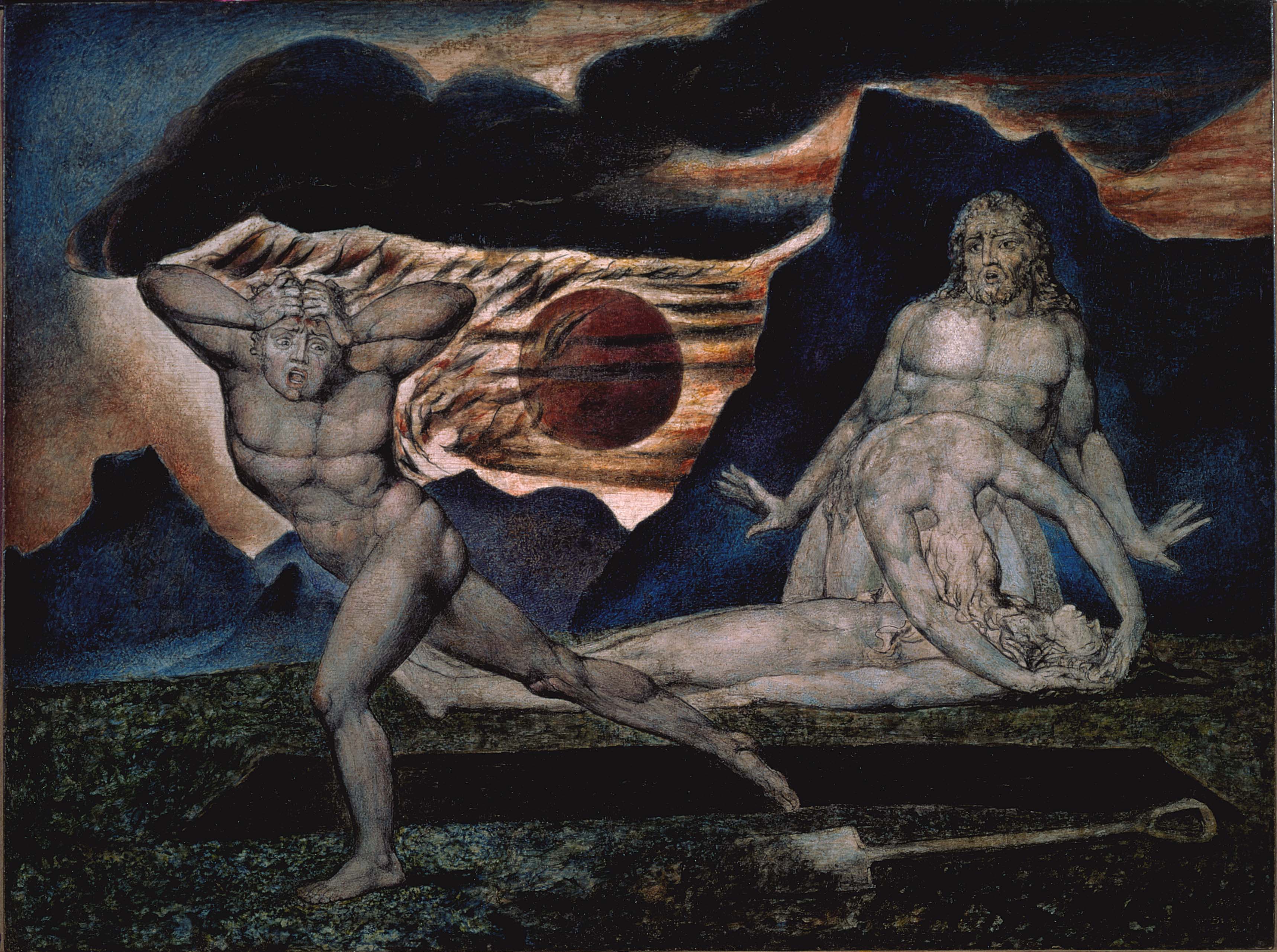 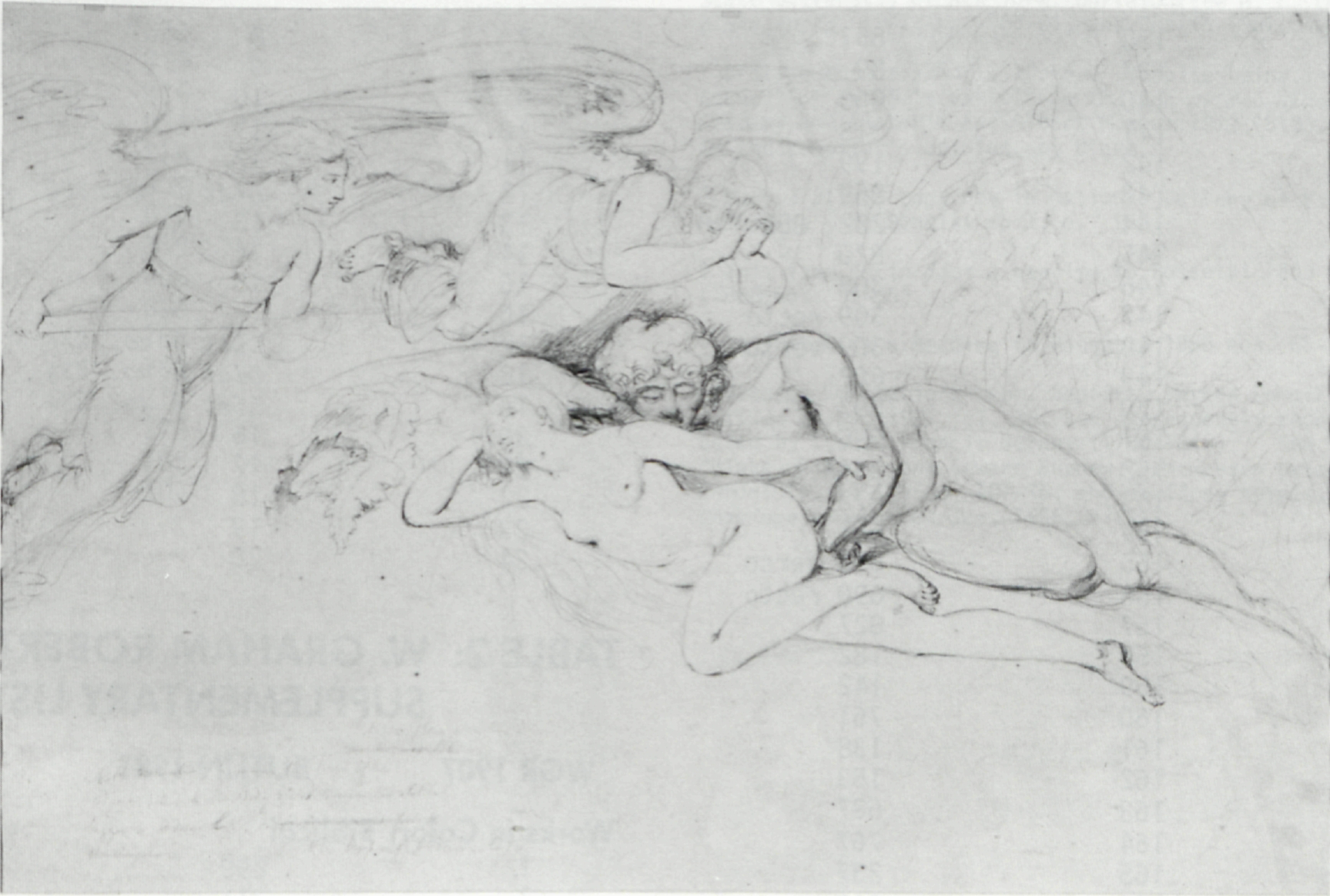 5 “Adam and Eve recumbent, hovered over by Angels,” pencil on paper, 37 × 50 cm.   Bateson Collection (at present on loan to the Fine Art Museum, San Francisco). Although listed by Rossetti (1863 list 2 no. 101; 1880 list 2 no. 129) as a genuine work, in possession of Alexander Gilchrist’s widow, this is now recognized as the work of Edward Francis Burney. 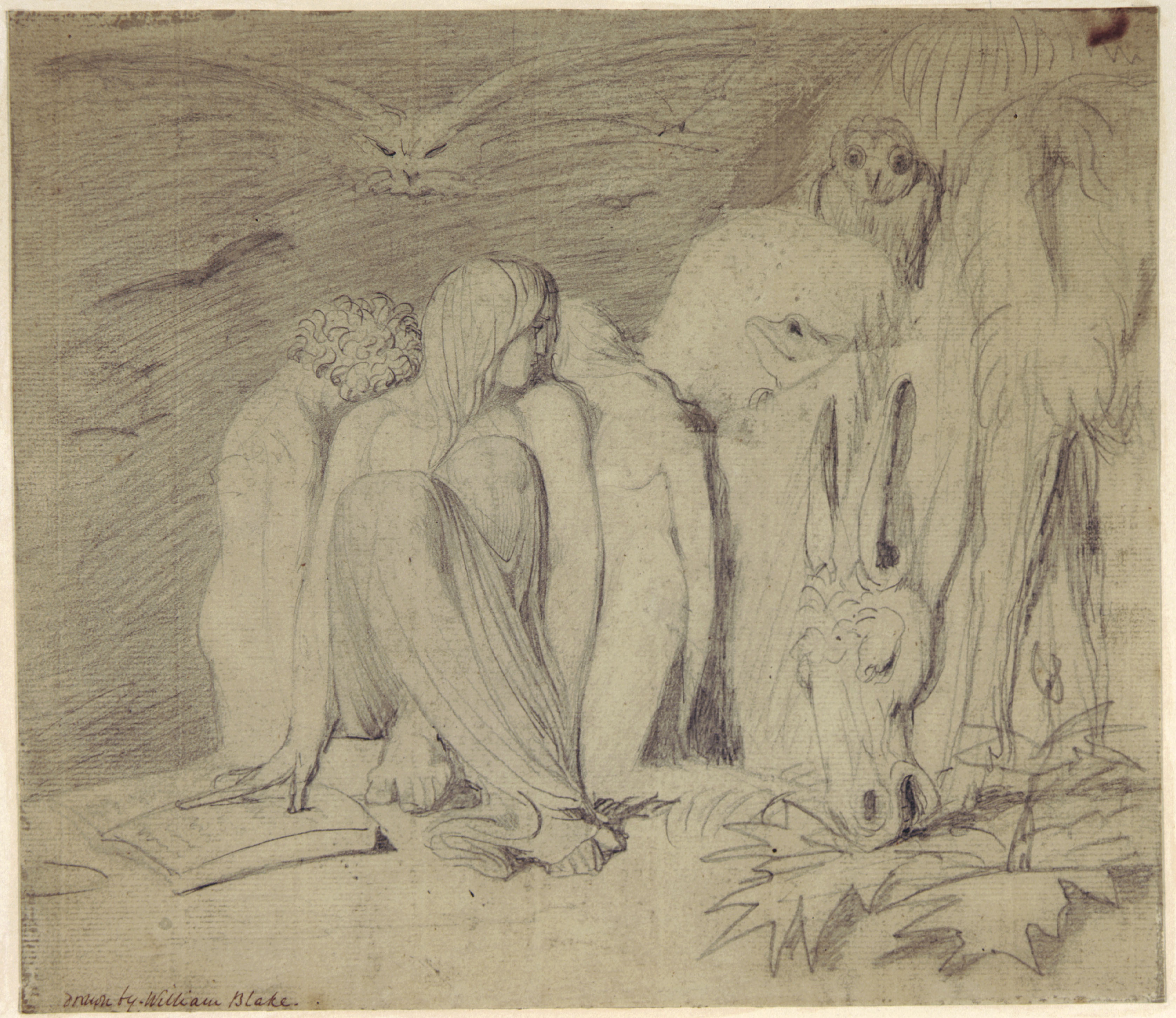