Two Blake drawings listed in my Paintings and Drawings of William Blake, 1981, as untraced since 1949 have now reappeared in the United States. They are my no. 177, “Head of a Bearded Man in Profile, possibly from the Antique” (reproduced as Butlin pl. 214), and no. 592, “Satan between Two Angels (?)” (Butlin pl. 828). My last record for these drawings was that they were bought by the London booksellers Maggs at the Graham Robertson sale at Christie’s on 22 July 1949. It now appears that they were in the collection of the late Edward Dickinson of New York State whose widow sold them to Giuliano Ceseri; “Satan between Two Angels (?)” still belongs to him, while the other drawing has passed to his associate Joel L. Fletcher, also of Lafayette, Louisiana.

The exciting news is that when the later drawing was removed from its old mount a further drawings, similar in general composition but with the main figure in reverse, was found on the back. Unfortunately this new discovery does not help the present writer towards any closer identification of the subject, save that it does perhaps reinforce my first thought that the central, Orc-like figure is holding vials rather than the sun and the moon; some force or element seems to be projected from each of these towards the possibly demonic figures in the lower corners of the composition. Besides the parallels given in my catalogue entry there seem to be begin page 119 | ↑ back to top similarities with certain of the illustrations in Jerusalem and also to those of the unfinished illuminated copy of the Book of Genesis in the Huntington Library.

Thanks to fresh measurements given me (in centimeters) 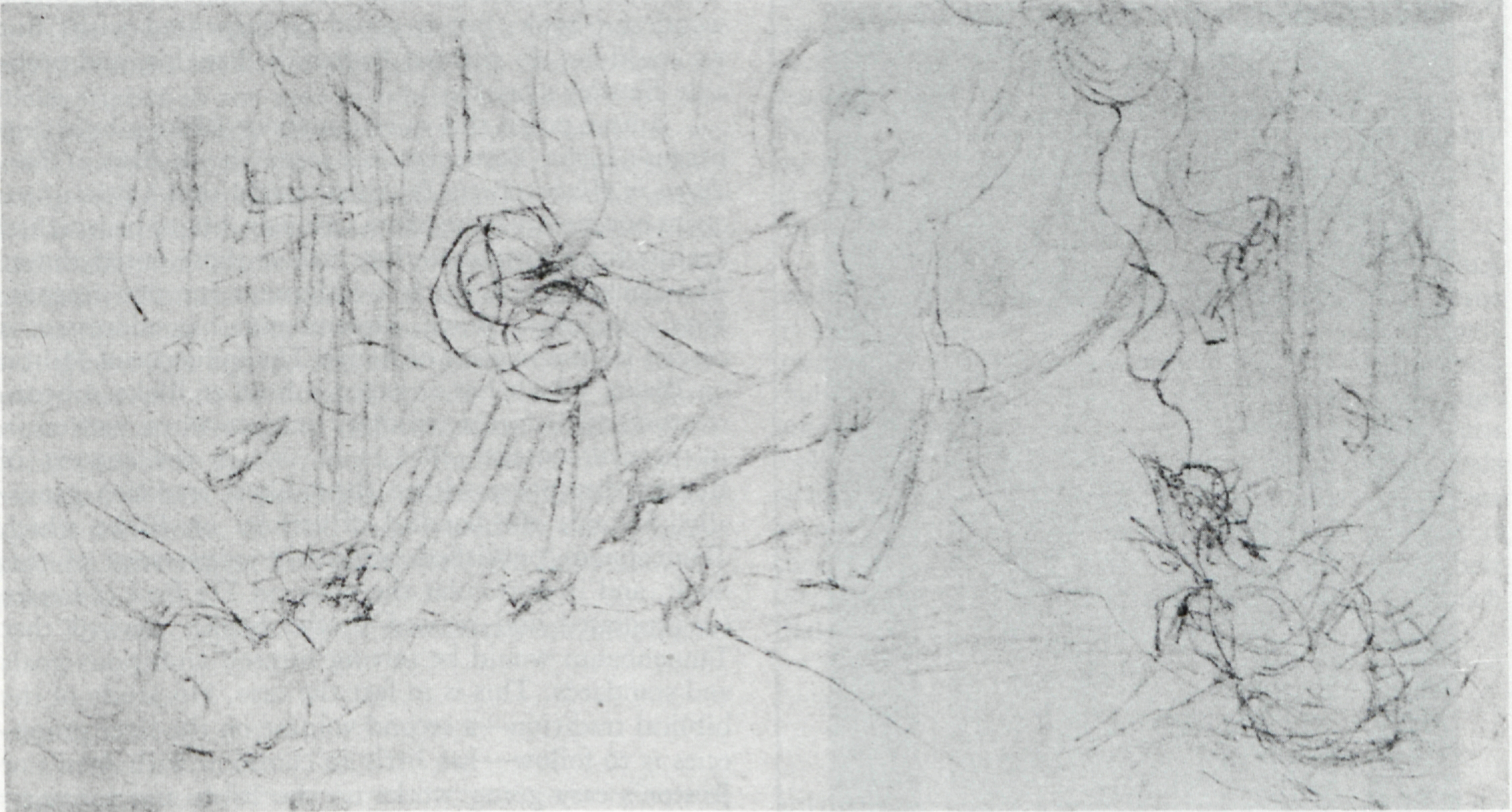