The Origins of the William Blake Trust

In Sir Geoffrey Keynes’s autobiography The Gates of Memory, the origins of the William Blake Trust are ascribed to the year 1948 and the desire to make a worthy facsimile of Jerusalem. This was not as it happens the beginning of the idea. More than two years earlier (1 November 1945) I drafted a letter to Dr. Thomas Jones asking that the Pilgrim Trust help in a project to reproduce Blake’s engravings, paintings and prophetic books. As the text of the letter shows, our first priority was to reproduce the Milton series of drawings, secondly the Bible illustrations in tempera and watercolor, and thirdly, Jerusalem. Before mailing this letter I sent a draft to Geoffrey which he returned with a few minor corrections. Dr. Jones replied asking for time to consider the matter, so on 4 June 1947 I wrote again mentioning my previous letter and this time put forward Jerusalem as our first priority as the unique copy of that book had meantime become available for reproduction.

The original objectives of the William Blake Trust were very broadly defined and at no time have its aims been abandoned. It is more a case of the Trust using the technical expertise of Arnold Fawcus and his Trianon Press to the best advantage. Now that the William Blake Trust has successfully completed the long-awaited Job engravings in their several states it might be thought that the Trust has fulfilled the task for which it was formed. This is not the case. Three of the four original aims of the Trust remain uncompleted and some have not even been begun. There is work aplenty for the Trust still to do. 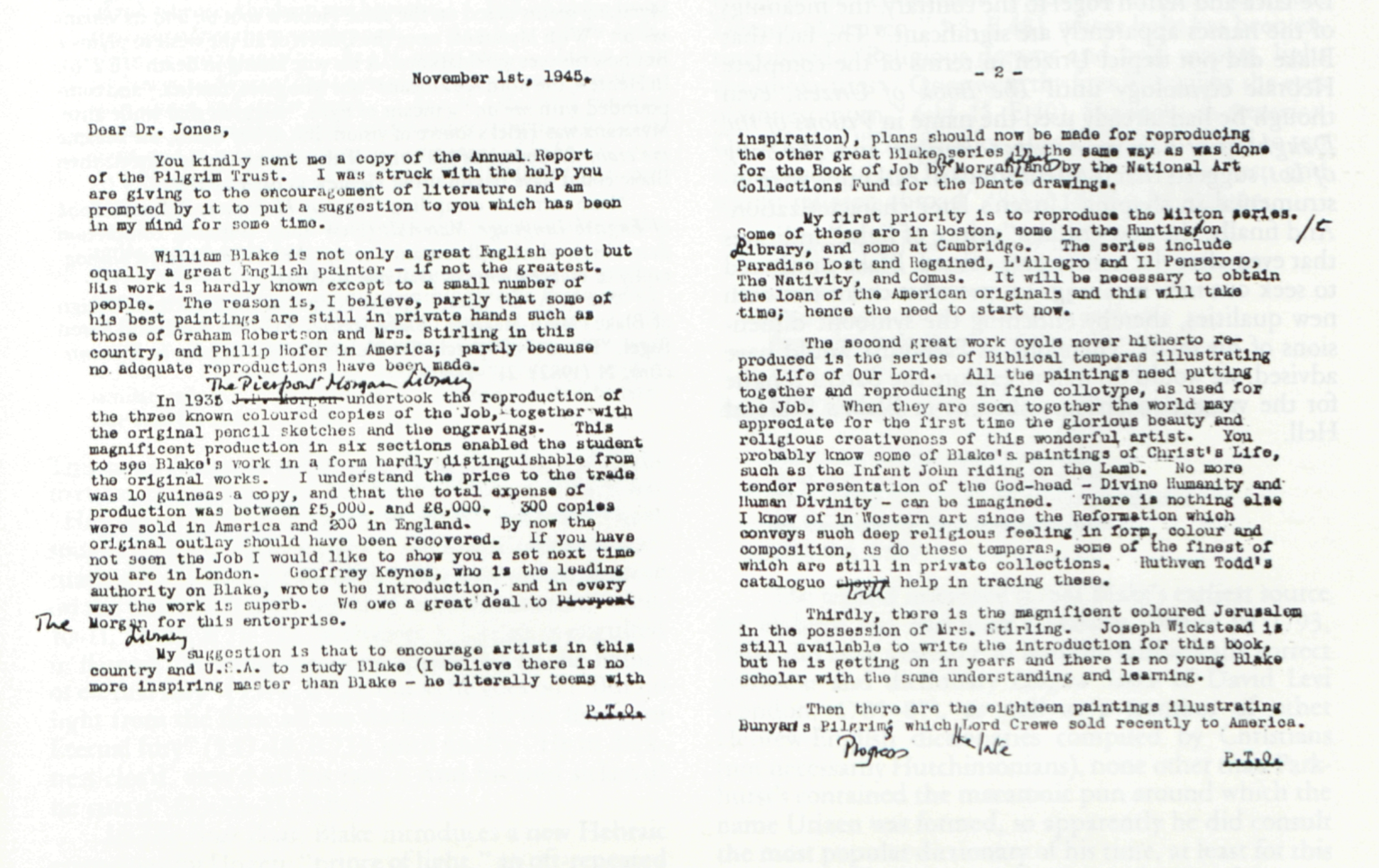 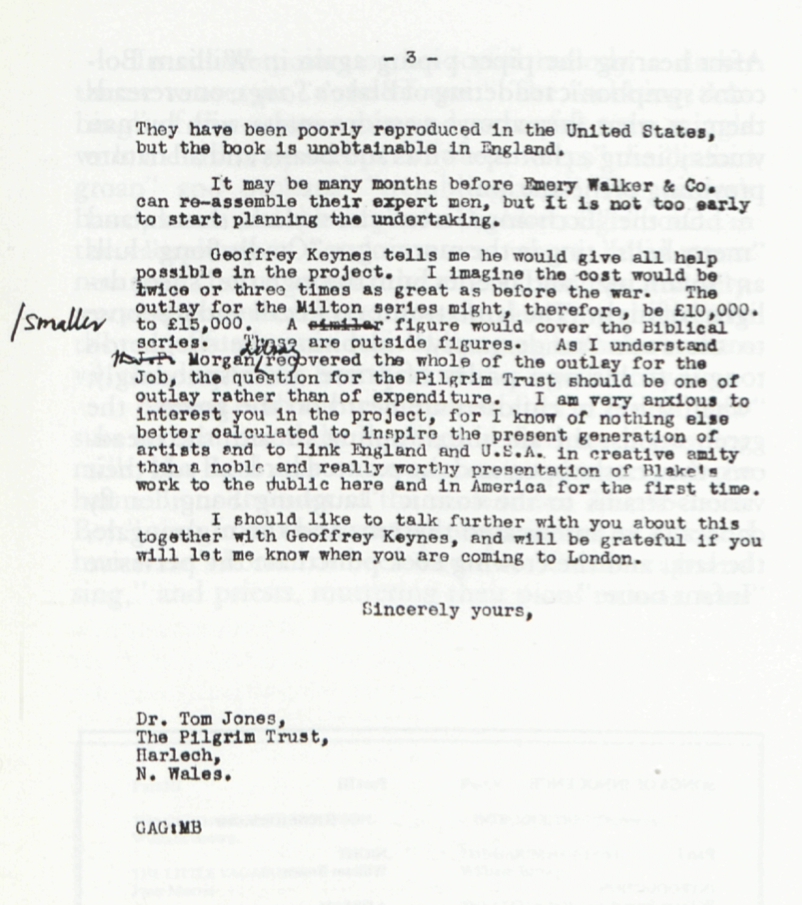 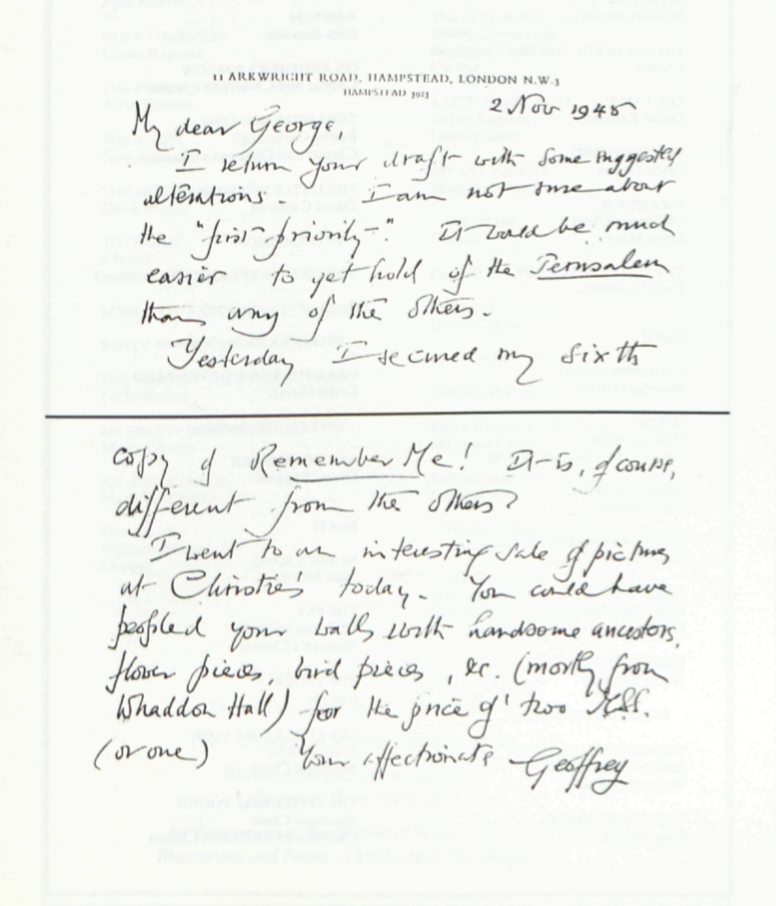 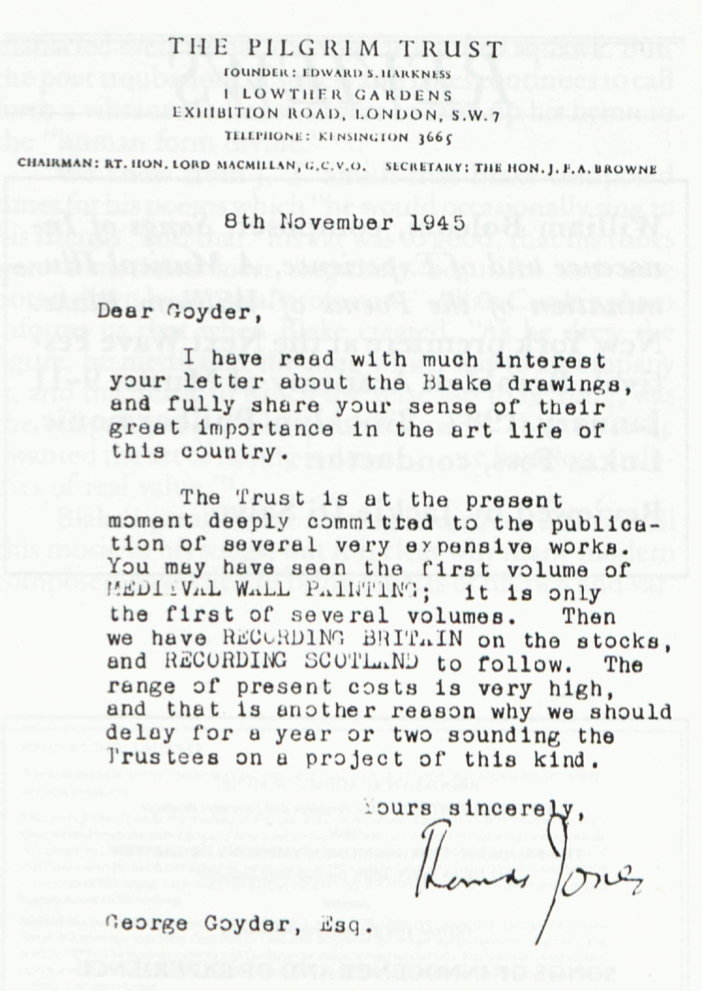