The Symposium on William Blake and His Circle was generously funded by the University of California at Berkeley, Los Angeles, and Riverside, the California Institute of Technology, and the Huntington. It presented five speakers, a banquet and a luncheon, and was attended by over 100 Blake enthusiasts.

Following an opening reception on Friday evening, 29 January, Martin Butlin of the Tate Gallery spoke on “The Physicality of William Blake: the 1795 Colour Prints.” After detailing the dating problems associated with the color prints, Butlin put forth the provocative suggestion that these prints were conceived and executed as pairs and should be interpreted in these terms. Relying primarily on visual similarities in compositional format, tonal harmonies, and iconographic motifs, Butlin suggested the following pairs: The Creation of Adam and Satan Exulting over Eve; God Judging Adam and The Good and Evil Angel Struggling for Possession of a Child; Newton and Nebuchadnezzar; Hecate and Pity; Lamech and Ruth; and The House of Death and Christ Appearing to the Apostles after the Resurrection. He concluded that the meaning of these images may lie more in their purely visual relationships than others have thought.

Aileen Ward of New York University led off the speakers on Saturday morning with a challenging biographical account of Blake’s relationship with the Royal Academy of Art, “Blake and the Academy.” Contesting previous beliefs, she argued that Blake’s interactions with the Academy were more positive, more complex, and more sustained than has been thought. The outstanding student engraver of his year, Blake trained to become a history painter and submitted entries to the annual Royal Academy exhibition for the six years following his admission. On his deathbed, he was again preparing a history painting, the lost The Last Judgment, for submission to the Academy. Ward effectively showed that Blake’s relationship with the Academy was more supportive and far less hostile than previous biographers have assumed.

Detlef W. Dörrbecker from the University of Trier then stunned the audience by announcing that he has discovered four previously unrecorded copies of illuminated poems by Blake: a late “Songs of Innocence,” a “Visions of the Daughters of Albion,” a “Song of Los”—all in the Bayerische Staatsbibliothek in Munich—and a “Book of Urizen” in the Albertina in Vienna (see a forthcoming issue of Blake for Dörrbecker’s report on his findings). He then discussed in detail the Munich “Song of Los,” a particularly luminous and clearly printed copy, judging from the slides presented, and offered a fascinating interpretation of the frontispiece and final plate in the context of Herschel’s astronomical discoveries of dead suns, sunspots, and cloud-covers over the suns in other galaxies. 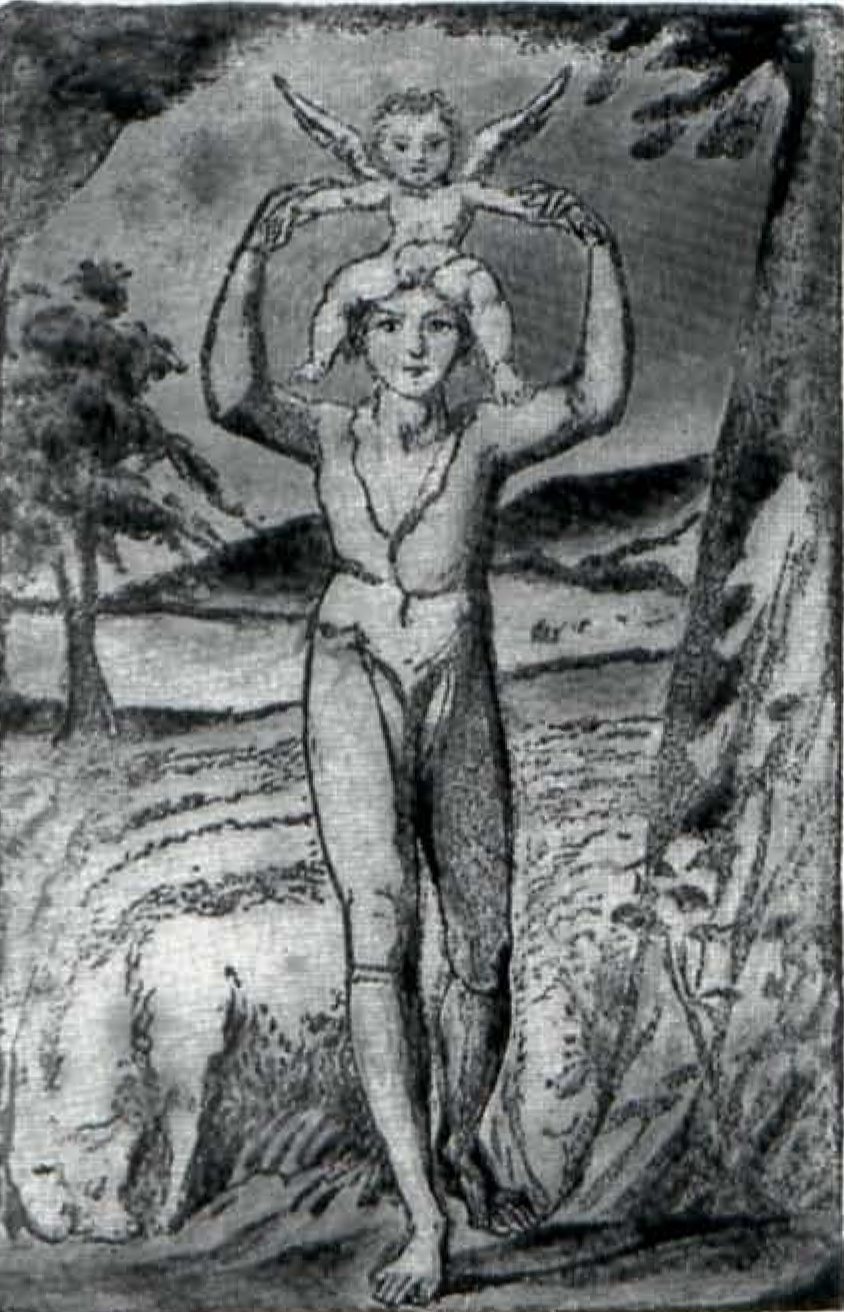 The discussion following these two insightful papers focused first on Blake’s partnership with James Parker in their printselling (as well as engraving) shop, which Ward suggested lasted for five (rather than one and a half) years and constituted Blake’s primary source of income for this period; and on Blake’s personal contacts with James Barry.

After lunch and a visit to the exhibition, where Robert Essick was on hand to answer numerous questions concerning the works in his collection, Morris Eaves gave a fascinating account of eighteenth-century art criticism, “An Inquiry into the Real and Imaginary Obstructions to the Acquisition of the Arts in England: The Comedy of the English School.” He traced the attempts of English artists and reviewers to establish the triumph of English art over its competition, primarily French and Italian art, and to consummate the happy marriage of a heroic English art with the world of commerce.

Morton Paley brought the symposium to a delightful conclusion with a detailed and convincing examination of the influence of William Blake on his followers, “The Art of ‘The Ancients.’ ” Emphasizing the elegiac elements in Blake’s illustrations to Thornton’s Virgil (actually, as Paley noted, Blake was illustrating a poem by Ambrose Phillips), Paley then extensively and convincingly documented the ways in which Samuel Palmer, Edward Calvert and George Richmond adapted both the pictorial vocabulary and the media techniques of woodcut, engraving, fresco and tempera in their own later works.

In the discussion that followed, Hazard Adams asked whether English artists had promoted a myth of origins; Eaves responded that while James Barry had hailed Greek art as having discovered what he called the “master art” (its line, color, harmony, etc.), Blake tended to see the origin of art in an eternity variously identified with the Ancient Britons and Christianity; John Grant suggested the central role of Blake’s image of Joseph of Arimathea in this context. Dörrbecker emphasized the ways in which Fuseli, in his promotion of Winckelmann, one of the three demons (along with Montesquieu and Dubos) who obstructed the triumph of English art on the European art market, somewhat qualified the plot of conspiracy successfully thwarted that Eaves had told. Eaves then acknowledged that his account was intended to emphasize the story that eighteenth-century English artists and art theorists told in common, rather than individual revisions and digressions.

The papers from the symposium will be published in The Huntington Library Quarterly, where those unable to attend will have the opportunity to relish their subtlety, excitement, and learning in greater detail. The exhibition, which continued through February 1988, was accompanied by a superbly annotated and finely illustrated (in black and white) catalogue, William Blake and His Contemporaries and Followers, prepared by Robert N. Essick and available from the Huntington Library Bookstore or Publications Department for the phenomenally reasonable price of $5.95. I urge all readers of Blake to send for it immediately before the edition is sold out.