An intriguing instance of pictorial borrowing in a Blake design is his appropriation and modification of the central figures from an engraving (illus. 1) by Giulio Bonasone (1531-74), derived from a fresco by Polidoro (Caldara) da Caravaggio (1495?-1543). From Bonasone Blake drew inspiration for elements of his frontispiece picture depicting Leonora’s dream in the third “New” edition in 1796 of the Stanley translation and revision of Bürger’s Leonora. The Blake picture is known only through the published stipple engraving by “Perry,” here shown in a unique proof from the collection of Robert N. Essick (illus. 2).

The Bonasone engraving (Bartsch No. 83) mirrors Polidoro’s fresco with some elaboration (see Massari 1: 67-68; Marabottini 1: 78, 355-56). Polidoro and Bonasone’s subject is “Cloelia Crossing the Tiber” and depicts the Roman heroine leading an escape of hostages from the camp of Porsenna. The primary verbal source was probably Plutarch’s Moralia (Mulierum Virtutes) or a commentary upon it, for I believe that text to be the only one of the many possible sources that specifies that the escaping women wrapped their clothing on their heads; most others say little more than that Cloelia bravely swam the Tiber, with or without a horse, or received a horse later. The women on the left in the engraving are presumably Cloelia’s fellow hostages, those on the right may represent by prolepsis the Romans who sent the escapees back to Porsenna, and the unhappy-looking woman clinging to the horse’s neck is probably Cloelia; the woman seeming to float along behind her may be the aristocratic Valeria.

Blake could have owned a copy of the engraving or seen it by some other means, but it seems most likely that he knew of it through his friend George Cumberland, who wrote a treatise and catalogue on Bonasone that includes a brief account of the print:

Two young Females, mounted on a horse, galloping across a river; in the back ground [sic], tents and trees; on the left side of the plate, seven other women loaded with children and baggage; on the right, six women and two children, with their arms extended, one of whom sits: 17 ¼ inches by 11 ¾. Ju Bonaso imitando pinsit & celavit. This is generally called Clelia escaping from the camp of Porsenna, but improperly. G. C. (83)

Cumberland’s initials at the end of the entry signify that he owned a copy of the print.

In illustrating Bürger as translated by Stanley, Blake borrowed only the essential composition rather than the exact forms of Bonasone’s horse and its riders. Blake’s lost design was probably reversed when Perry copied it; its figures would have been oriented as in Bonasone. The stocky animal in the Italian print became an impossibly attenuated fire-breathing horse of the imagination in Blake’s hands, and he extensively adapted the riders to the context of Bürger’s poem. Cloelia was replaced by the young masculine form of Death (in the guise of Leonora’s lover William), who hails the approaching specters rather than clinging to the horse’s neck, while the blithe young woman conducted by Cloelia became the frightened Leonora, her flowing drapery replaced by a modern nightgown. No other elements of Blake’s complex design seem closely related to the Bonasone engraving, though certain stylistic features may have influenced Blake’s works as late as the engraved Dante illustrations.1↤ 1 Certain other details of Blake’s picture may have been suggested by Chodowiecki’s frontispiece for the German edition, which had been included in some copies of the first (8 Feb. 1796) edition of Stanley’s translation.

Blake could have been borrowing without much thought, perhaps even unconsciously. But he might have believed that he was redeeming an ancient pictorial subject that, like the Laocoön, had been appropriated by classical culture and applied to “Natural Fact” (E 273). If he agreed with Cumberland that the subject was misnamed—and anyone who read Pliny’s Natural History rather than the Plutarch text might well think so—Blake may have supposed that the subject called “the Cloelia,” like Cloelia herself, was a hostage to the slaves of the sword. Certainly the Bürger design stands in a curious knot of adaptive, redemptive and transumptive activity, what with Stanley translating and transmuting Bürger’s poem to save Leonora from the consequences of her impetuous wish to die, William/Death transporting Leonora beyond virginal obliviousness, begin page 139 | ↑ back to top 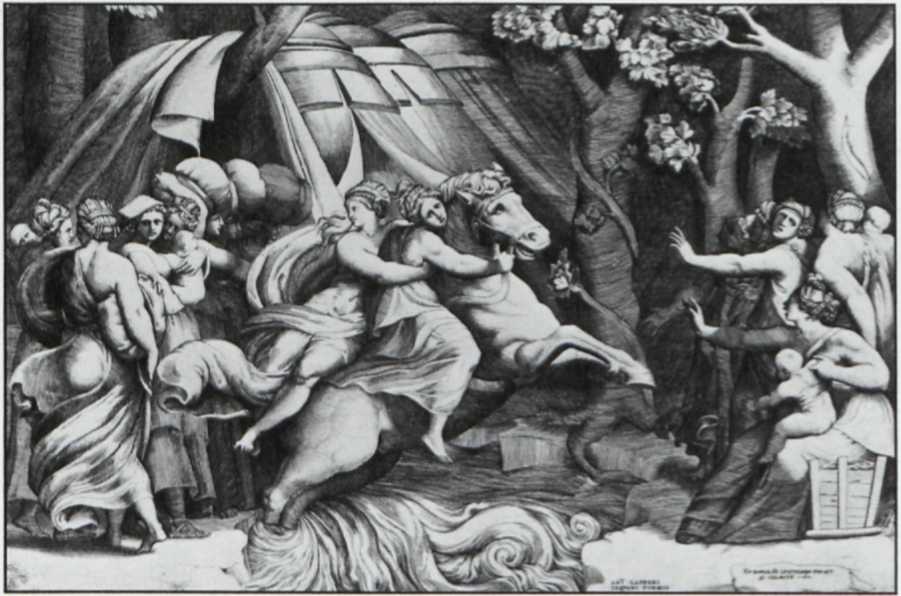 Cumberland, George. Some Anecdotes of the Life of Julio Bonasone, A Bolognese Artist. London: G. G. J. and J. Robinson, 1793. 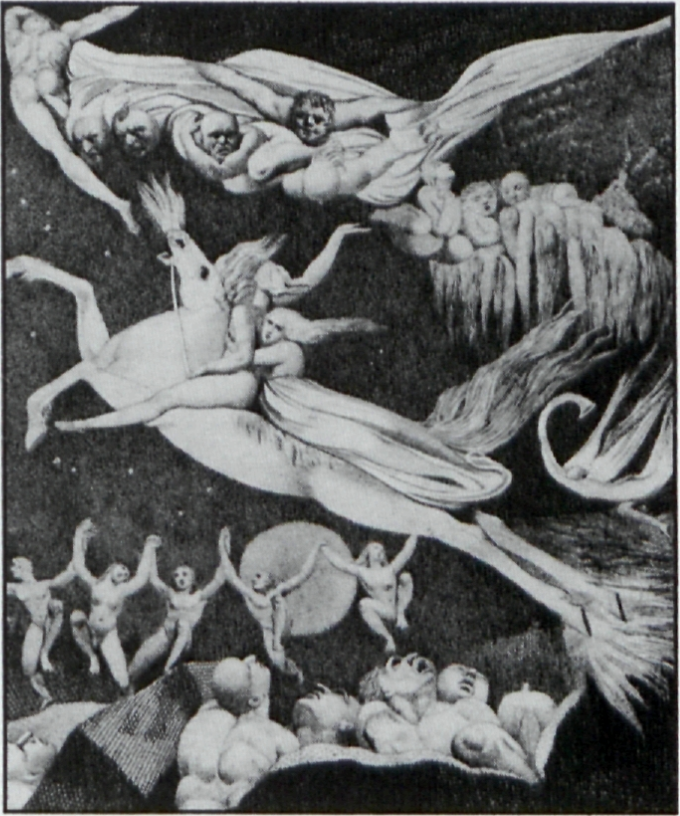