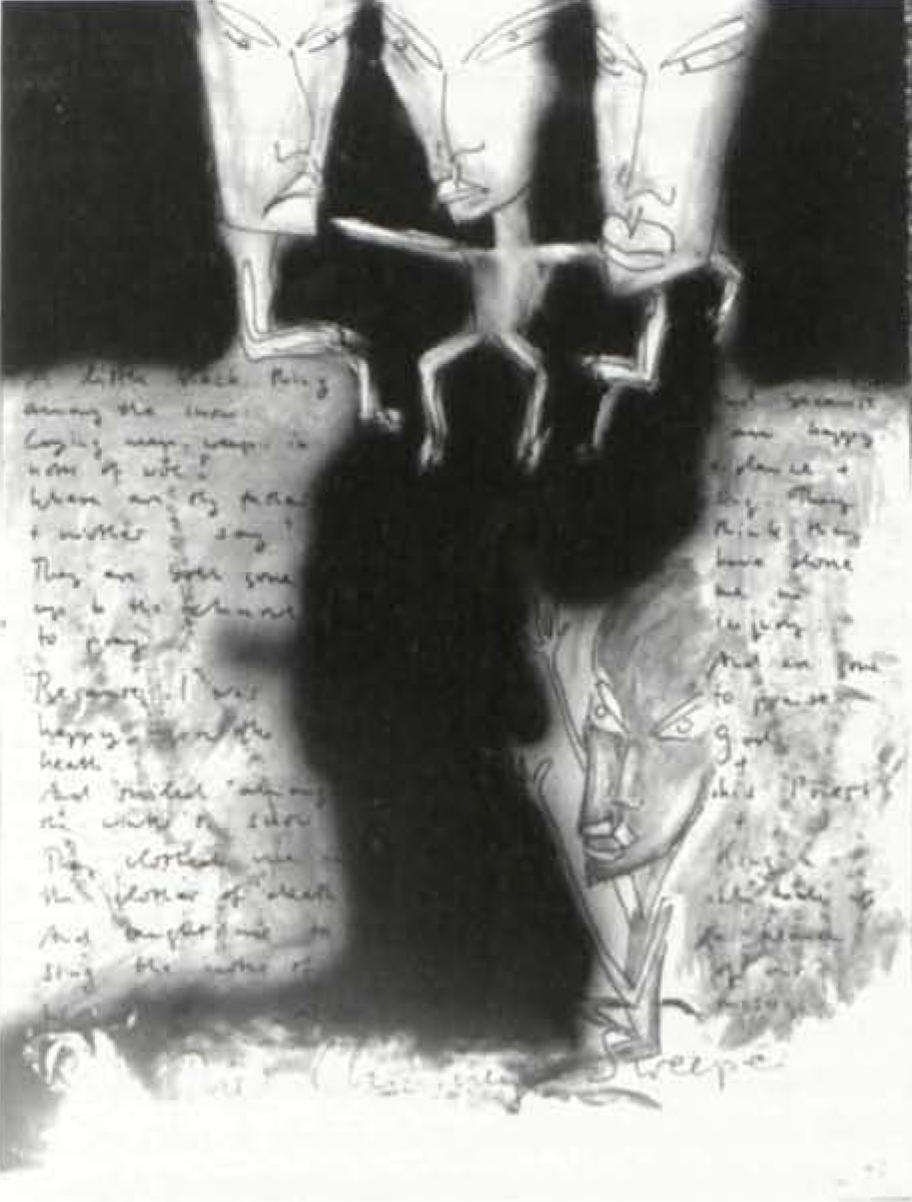 I was born in 1961 in Berne and I work in a studio in the center of Berne. The address is Kornhausplatz 14, 3014 Bern, Switzerland.

Since 1990 I have mainly worked on projects rather than individual paintings. The first one was called Faces, the second one, in 1991, Faces II. In 1992 I did the Faces on Board Project and in 1993, the Blake Project happened.

About 200 years after William Blake’s writing, illustrating and printing of his Songs of Innocence and of Experience I copied the songs on pieces of cardboard (averaging 100 cm. by 70 cm.) with black, water-resistant felt pens. The pattern thus constituted by Blake’s words in my handwriting became the basis of my visual reaction first drawn into and onto all the texts in black and white and then painted, sprayed, printed, masked on and steel wooled off the Experience texts with gouache, acrylics and synthetic resin. Hand-framed black and white in the case of the Innocence poems and framed in various colors in the case of the Experience poems, the entire project was first shown in the rooms of the Swiss Telecom International building in Worblaufen, Berne in spring 1996. Among my conscious concerns in the making of the project were the amazing topicality of the texts, not so much on the level of their language, but on the levels of psychological, cultural and historical questions of all sorts. In addition I was greatly inspired and fascinated by Blake’s handling of the theme of confinement and emancipation as well as his very modern and complex perception of the notions of system and chaos. My visual work is a reaction to Blake’s poetry, not to his own illustrations, and I was also influenced, no doubt, by Allen Ginsberg, Bob Dylan, and The Doors, who were all, in turn, greatly influenced by Blake themselves. It is a great wish of mine to see my Blake paintings published in a book, side by side with Blake’s own illustrations and his texts some day. Should this publication get somebody outside Switzerland interested in exhibiting or printing my work, I will be able to get financial support from a Swiss foundation.

In 1994 I did the Double Bind Project, in 1995 the Magic Carpet Ride Project and the Phases of the Moon Project. In 1996 I painted the Schattenraumprojekt (Rooms in the House of Shade Project) in collaboration with Regula Radvila,[e] a Swiss writer. I also completed my Milespiration Project, which is the music of Miles Davis transformed into my painting.

This spring I saw Jim Jarmusch’s movie Dead Man and was fascinated by the fact that almost synchronically he and I, two artists working with pictures in completely different ways one ocean apart, were inspired by one and the same poet. Blake is magic and so are words and pictures! 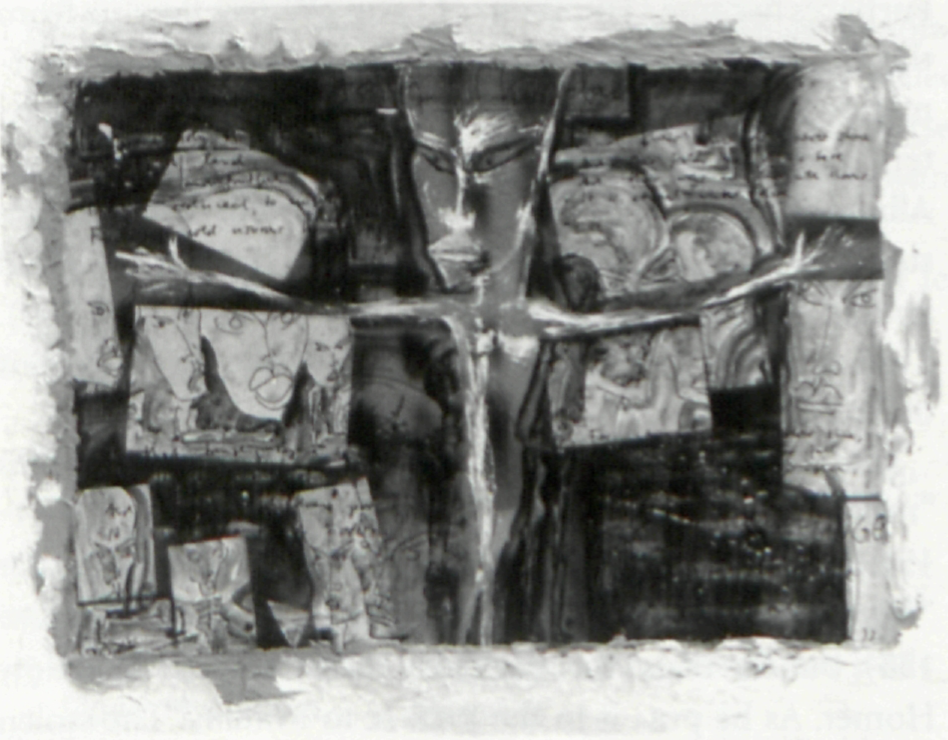 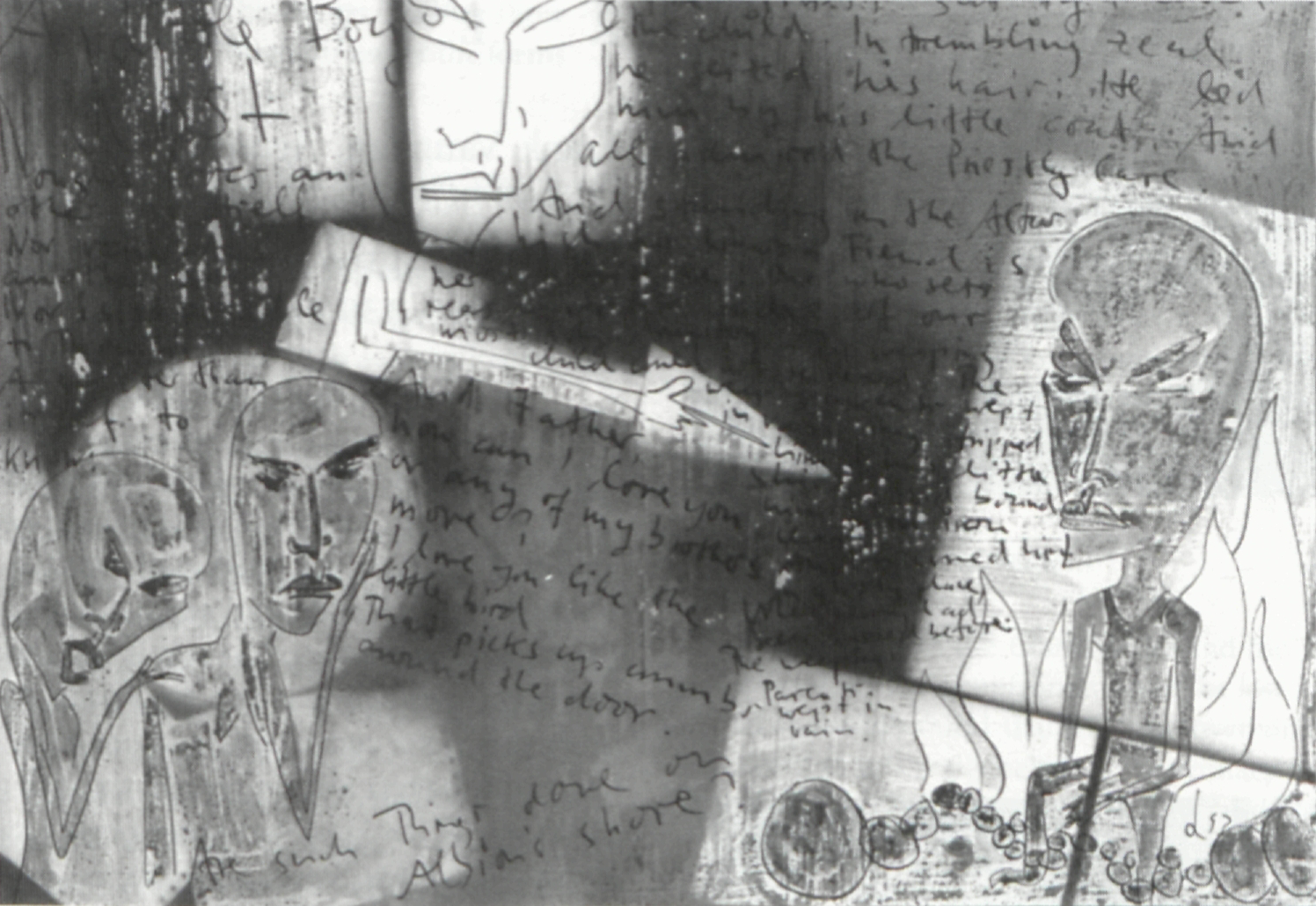 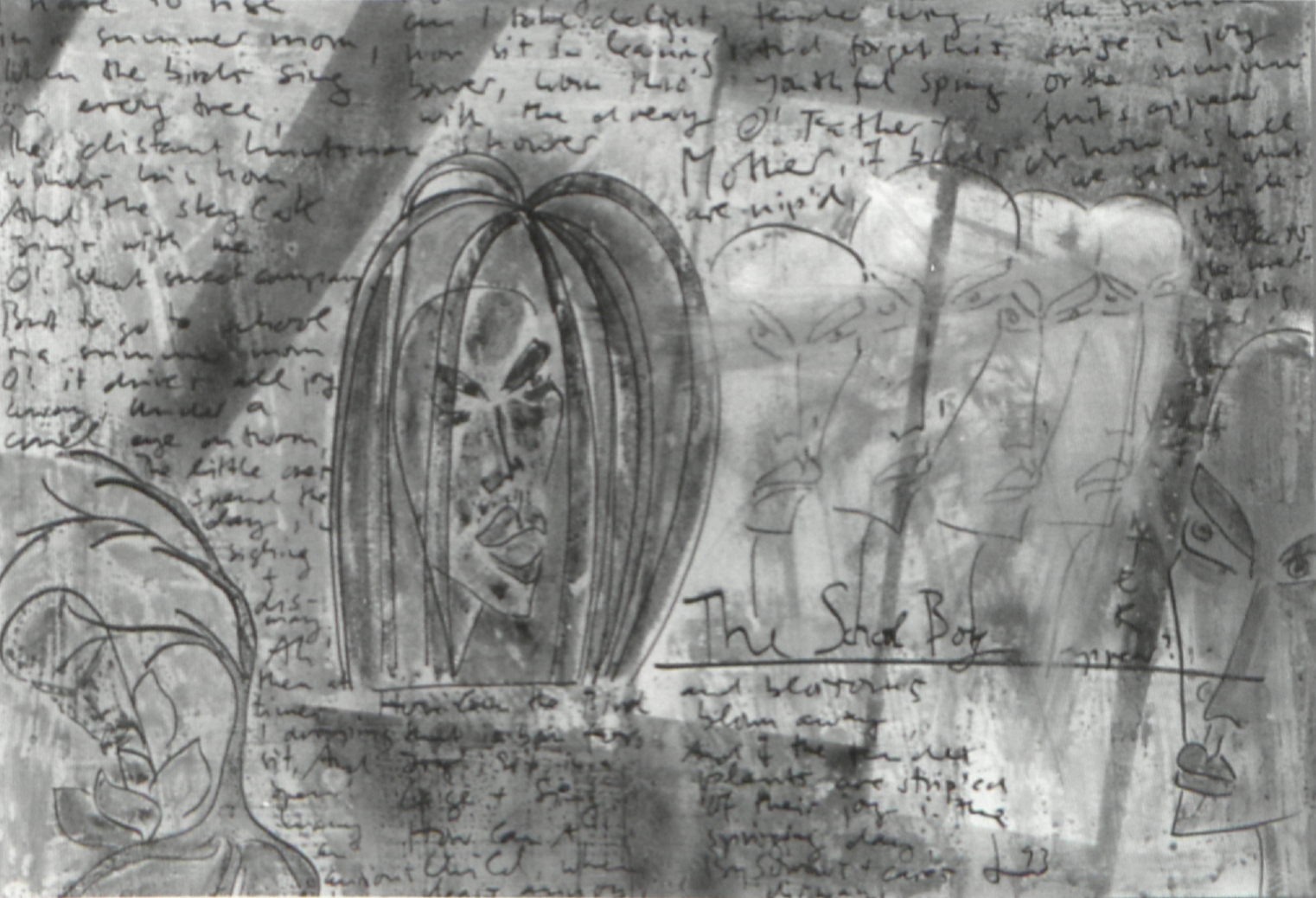 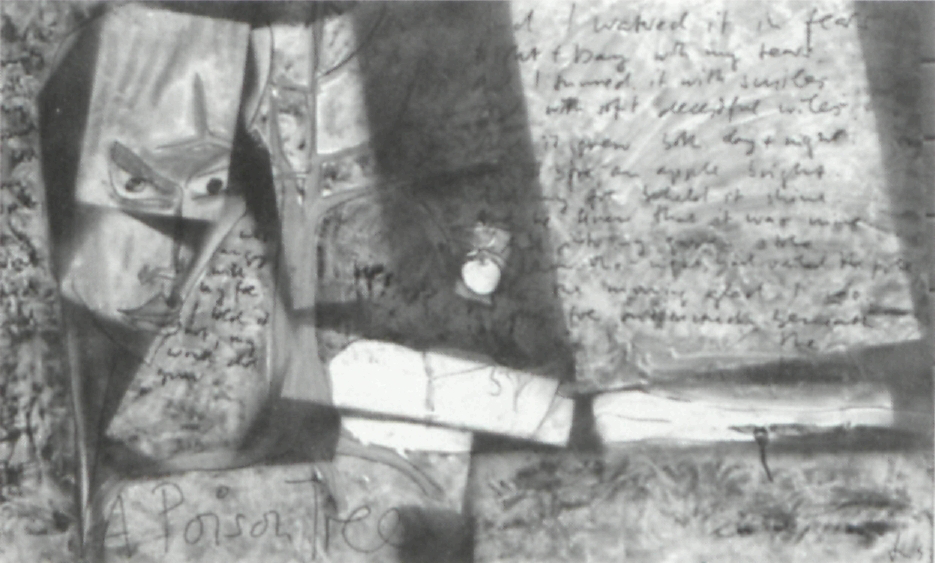 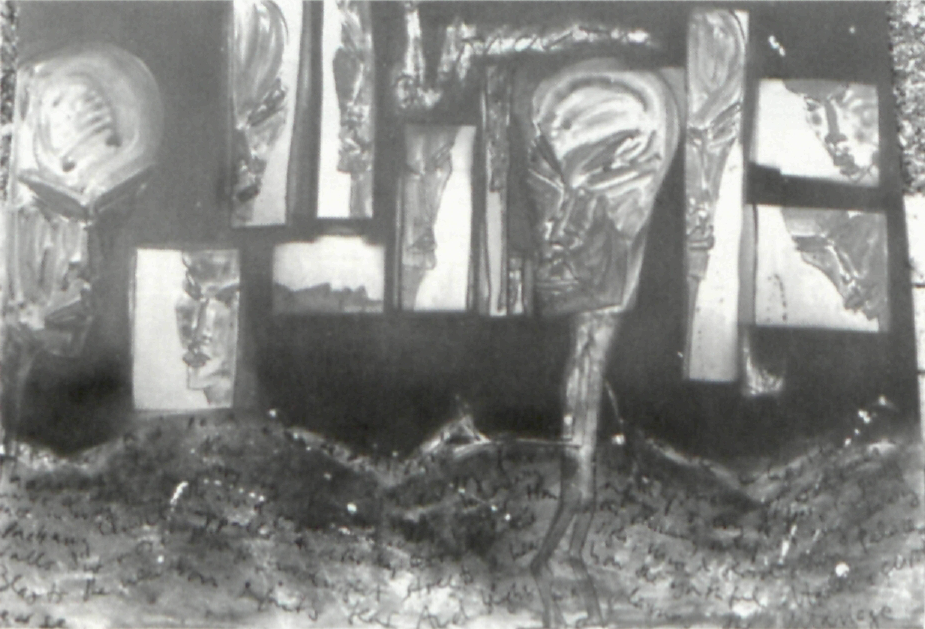 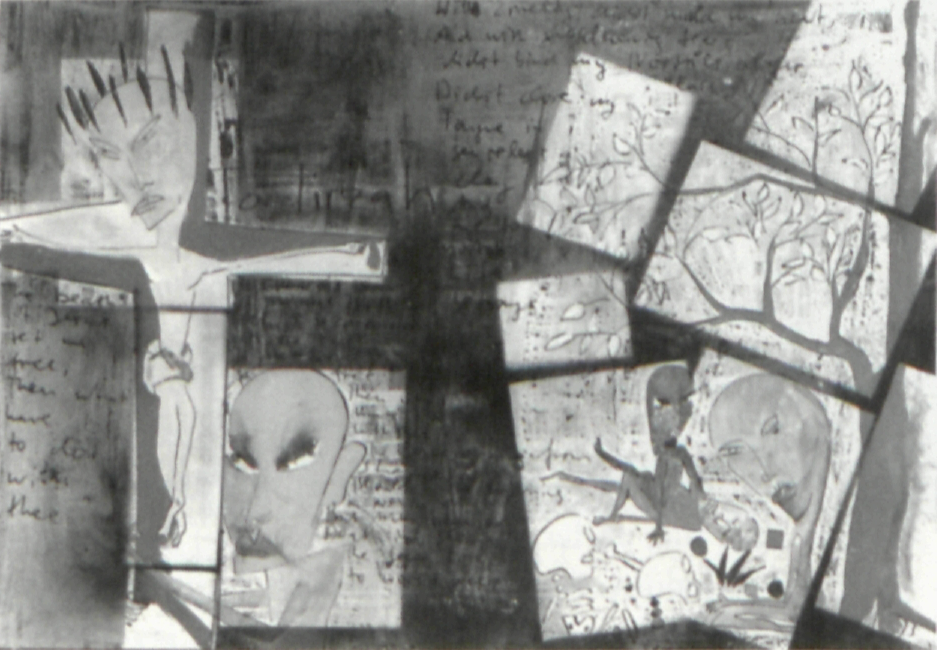