DURING the 2008-09 academic year, Michael Phillips served as an inaugural scholar in residence of the Winter Park Institute of Rollins College in Winter Park, Florida. Phillips presented a series of lectures on Blake, conducted printmaking demonstrations, and produced in the studio a facsimile edition of the Songs of Innocence and of Experience for the institute. His production of this facsimile edition served as the basis of an exhibition at the Cornell Fine Arts begin page 111 | ↑ back to top Museum of Rollins College entitled Michael Phillips and the Infernal Method of William Blake.

The exhibition included Phillips’s reproductions of Blake’s relief-etched copperplates and impressions taken from them of eighteen prints from the Songs, the frontispiece to America a Prophecy, and five prints from Europe a Prophecy, along with inking daubers, historical pigments, and other materials used in the making of these facsimiles. These impressions represent attempts to reproduce Blake’s printmaking methods as closely as possible following a careful study of Blake originals, canceled plate a of America, and John Jackson’s A Treatise on Wood Engraving (1839), a possible eyewitness account of Blake’s procedures. Phillips’s process involved very shallow etching of the relief plates, careful inking with a dauber using a re-creation of Blake’s pigmented printing ink, and extensive hand wiping of the plate before printing. The paper used in printing was handmade by Gangolf Ulbricht in consultation with John van Oosterom of JvO Papers in England to match the J. Whatman and other wove papers that Blake used. Also on display was the portfolio of eighteen facsimile impressions of the Songs published by Flying Horse Editions in conjunction with the exhibition. Phillips printed the facsimiles with such painstaking attention to detail that they could almost be mistaken for originals; they constitute a valuable contribution to our understanding of how Blake may have produced his illuminated books. 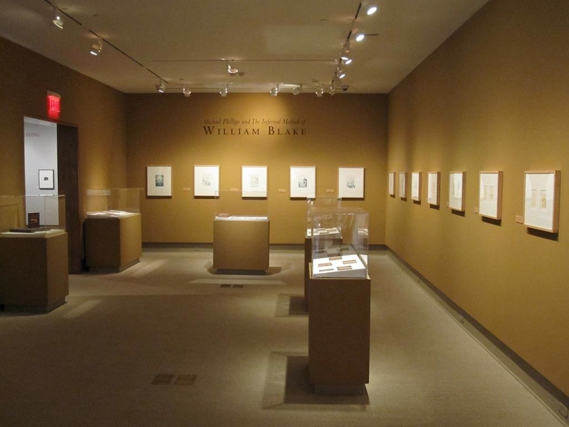 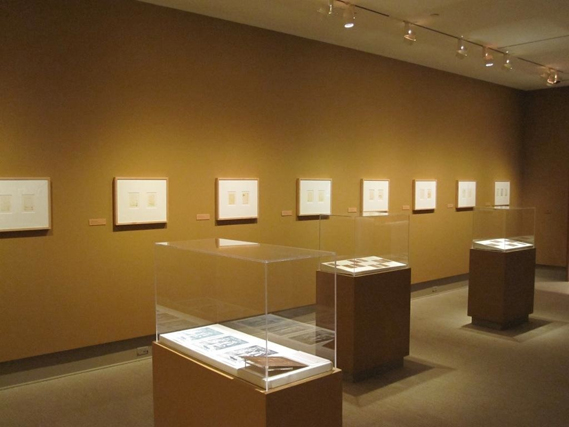 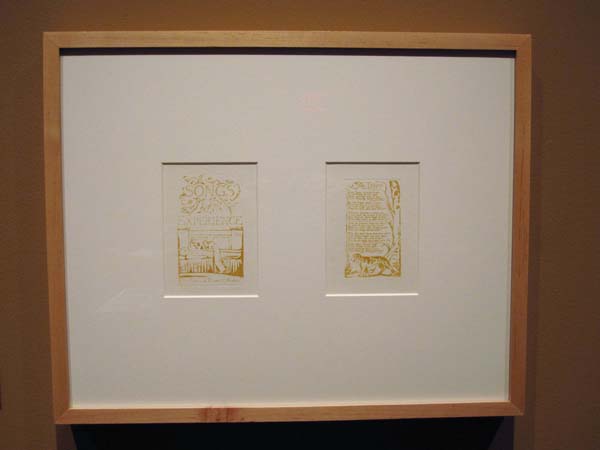 Framed impressions of the Experience title page and “The Tyger” 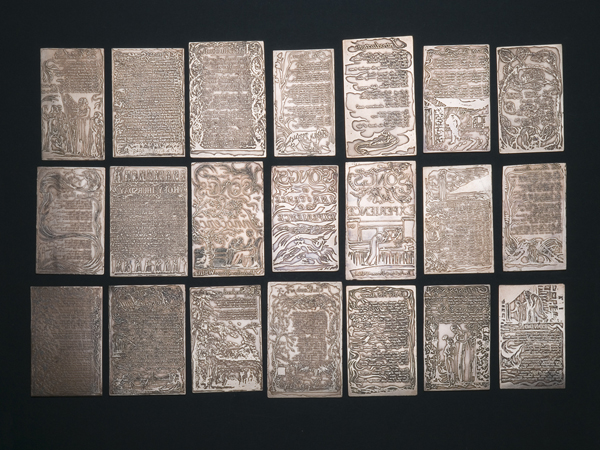 Selection of Phillips’s relief-etched copperplates of the Songs 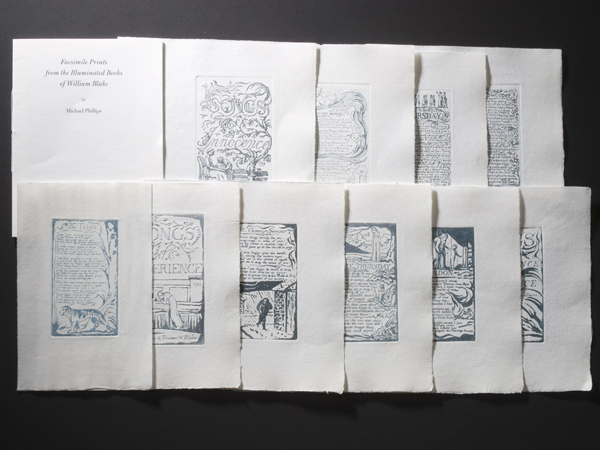 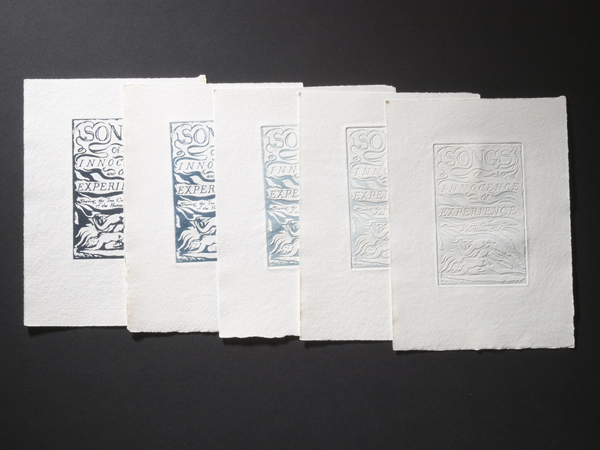 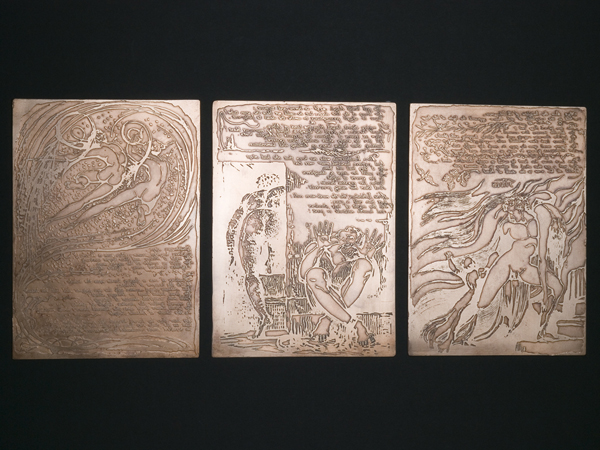 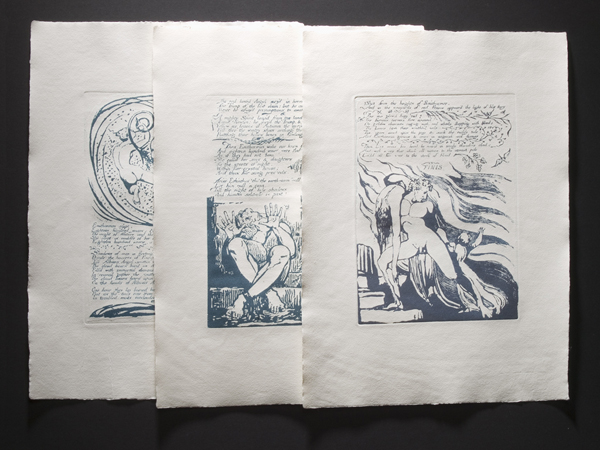 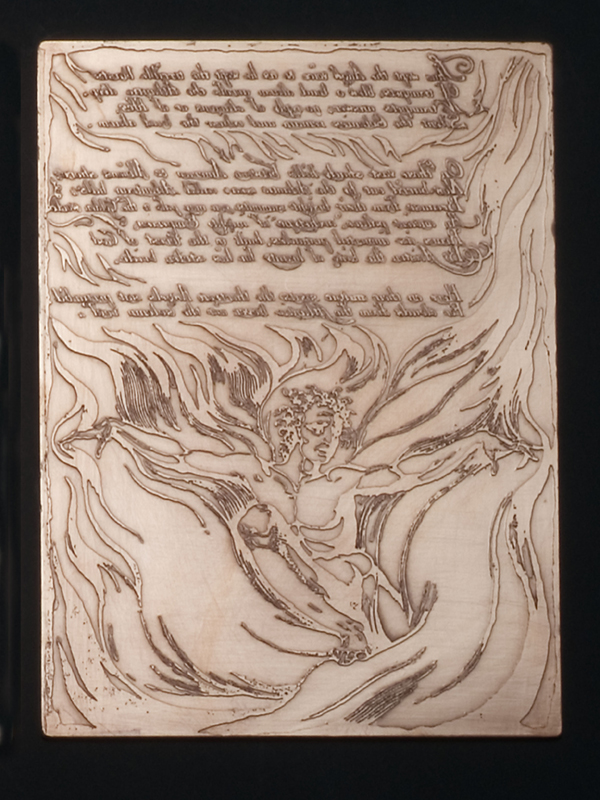 A Phillips copperplate for America 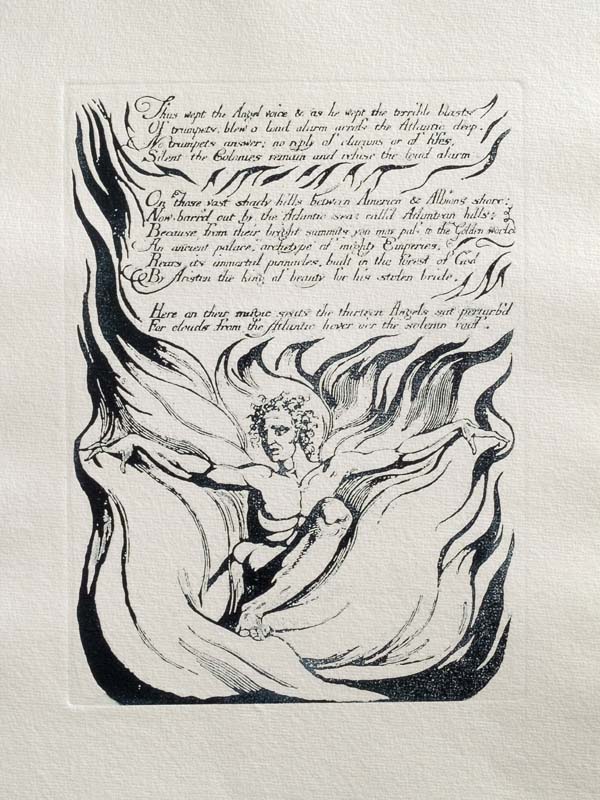 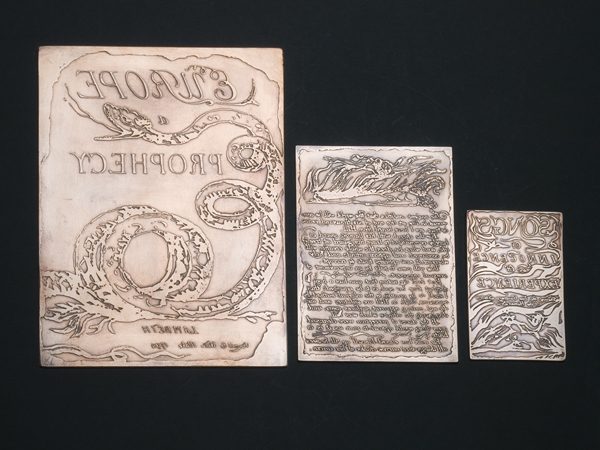 Comparison of copperplates for Europe, Marriage, and Songs[e]