Retrospectively, 1968 was an exceptional year for Blake criticism in France as it witnessed the publication of valuable studies by Francis Léaud[e] and by Jacques Blondel. Léaud’s[e] introduction to Blake is relatively well known as it is published in a student collection. Unfortunately, Jacques Blondel’s book remains neglected on the shelves of bookstores.

Blondel has also published critical studies on Milton as a Biblical poet in Paradise Lost, and on Bunyan’s Pilgrim’s Progress, which indicates the direction of his literary interests.

Blondel first apologizes for the brevity of his book, and then considers the appropriateness of one more critical study on Blake. The concern about originality leads him to select a specific approach, namely, “wonder and profanation,” which he deems to be a reliable thematic guide into Blake’s world.

The author’s main purpose is to give a few examples of Blake’s treatment of contraries, as based on Blake’s own motto: “Without contraries is no progression.” As a result, the book holds together only inasmuch as one assumes with Blondel that the words “wonder” and “profanation” are mutually exclusive. It seems, however, that these words operate on different levels. Indeed, the poet does not wonder at the given world. He wonders at his own creation, i.e., the world seen[e] “through” and not “with” the eyes, as Blake puts it. According to Blondel, “Profanation destroys, desecrates, yet at the same time gives birth to strangeness; it disrupts things, the established order, the church, the royal palace, matrimony.” In other words, through “profanation” the poet seeks to reveal that which he can wonder at. But can one speak of desecration when nothing is sacred prior to the poet’s vision? “Everything that lives is holy” Blake says again and again, but the life he speaks of depends on Imagination.

Blondel proceeds to support his views with a close, perceptive reading of The Songs of Innocence and of Experience. He undoubtedly deserves credit for his excellent analysis of innocence as Blake conceives of it. His next remarks then come as a surprise. Indeed, he relates Blake’s allusion to the Golden Age to some kind of “primitivism,” and ascribes Blake’s celebration of a “new age” to the poet’s alleged “naivete.” One only needs to return to the texts themselves in order to gain a clear understanding of Blake’s conception of time.

Another weakness appears in Blondel’s argument when he deals with the relationship between reality and vision. This, in fact, brings us to a problem common to all Blake critics, who are forced to choose between total involvement and the detachment known as objectivity. In taking the latter position, Blondel can be commended for his penetrating discussion of Blake with references to the Gnostic tradition, to the historical context, and to other poets with similar concerns. However, this type of criticism may generate errors, which is the case here.

The most blatant error in Blondel’s approach lies in his interpretation of Albion as the mother goddess, the “female will.” The error stems from his “explanation” of Albion’s passivity in the light of the distinction between active (male) and passive (female) elements in most traditions. Such a reading belittles Blake’s main purpose in the longer poems, which is precisely to account for Albion’s long sleep on “the rock of ages.” In the wake of his peculiar interpretation of Albion, Blondel stresses the characteristics of what would now be called “male chauvinism” in Blake’s thought. We do not deny the violence of Blake’s indictments of “the female will”, but this applies only to the fallen world. Eternally, man is androgynous (something Blondel does not fail to mention), which makes impossible any hierarchy between male and female.

A poet like Blake requires an inherent acceptance of his basic tenets on the part of the reader. This acceptance involves a determination to reject any dualistic thought, hence the irrelevance of Blondel’s search for the suitability of Blake’s vision to “reality.” It bears repeating that the only reality for Blake is the one seen “through” and not “with” the eye. Thus, when Blondel grounds Blake’s originality on his being both a realist and a visionary, it should be pointed out that the “and” is unnecessary since both terms are interchangeable in Blake’s universe. 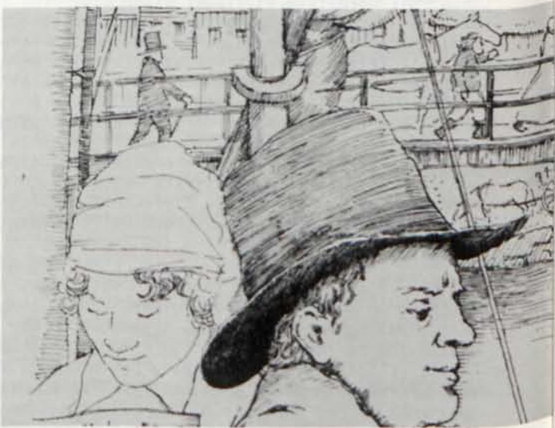