Reviewed by Michael J. Tolley*↤ Michael J. Tolley’s special field of interest is Blake’s use of the Bible. He is a co-editor (with John E. Grant and Edward J. Rose) of the forthcoming complete edition of Blake’s illustrations to Edward Young.

This is a pretentious, bad book. The author is both ignorant and prejudiced: an insecure grasp of Blake’s cultural context and a determination to see Blake as a dialectical materialist distort the truth on every page.

For the pretension, see the dust jacket claim that “This new book about Blake contains the most thorough and complete study yet attempted of his entire system of ideas and action.” In actuality, Blake’s “entire system” is reduced to a few half-baked and overworked ideas crudely imposed on the text in the course of a mad trample through the prophetic books, during which characters become confused (Rintrah is Urizen, Vala is another name for the Four Zoas—Vala or The Four Zoas), or change sex (Theotormon becomes female and Enion male, as the TLS reviewer noticed), or have their speeches given to another character (Orc gets the nameless shadowy female’s words in the Preludium to Europe), or to Blake himself (Albion’s words of despair in J 4:28, “By demonstration man alone can live, and not by faith”!).

In the circumstances, such indifference to simple accuracy is inexcusable; simple logic, alas, is also wanting. Marxist prejudice and cultural insensitivity are most strikingly displayed in the book’s main subject, which is not Blake’s system but rather his attack on Swedenborg in The Marriage of Heaven and Hell. I do not need to remark on this in detail, as the TLS review aforesaid (15 February 1974) has sufficiently exposed the absurdity of attributing to Blake the author’s view that Swedenborg was expressing class prejudice in his vision of Heaven and Hell. However, I must take this reviewer a little to task for conceding too much in the author’s favor when remarking that there is “one good point advanced in the book—that Blake’s language in the Marriage carries even more links with Swedenborg’s in Heaven and Hell than has commonly been supposed.” Certainly the book assembles an abundance of evidence for this view, in the form of numerous quotations from Swedenborg, but unfortunately the author has drawn no conclusions from all this evidence that are new, important and correct. In scouring 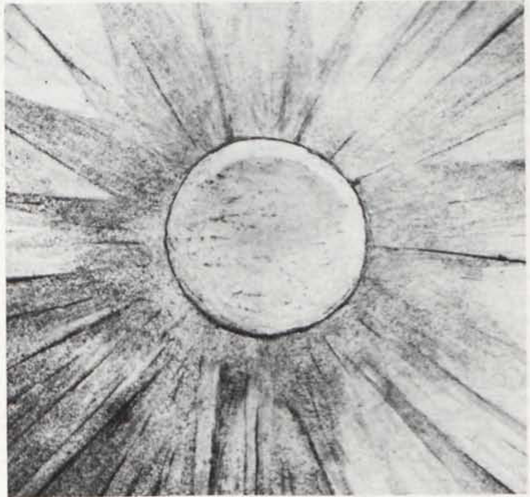 Swedenborg for details that Blake might conceivably have satirized, the author has lost all sense of perspective. He is, admittedly, handicapped by his incapacity to read even Swedenborg correctly. Take a fair sample (p. 141):

Swedenborg . . . not only failed to recognize man’s creative energy but even regarded man as an unimportant being by saying that:

‘Still without man as a medium,
divine influx into the world
continues, . . . ’

The proverb ‘Where man is not, nature is barren’ is a concise criticism of this idea.

First, by a non sequitur, Swedenborg is misunderstood, then Blake is wrenched into contradicting the text thus misinterpreted and the point of Blake’s proverb perverted. These passages would never have been so unnaturally coupled together if the author had not misunderstood the whole nature of Blake’s relationship to Swedenborg, which is assuredly not that of a roaring lion who walketh about seeking texts to devour.

A reviewer can usually draw the attention of scholars to some noteworthy passages even in a bad book, but in this case I need warn no one, except perhaps the specialist student of Blake’s relation to Swedenborg, of the existence of a new work in the field. I must blame the publishers for foisting such an unnecessary book on the public. Perhaps (at £4.75) they think it a subtle means of soaking the rich, but if they are seriously interested in promoting truth, they should know that it is not enough for an author’s heart to be in the right place (i.e., to the left), if he is not using his head to good purpose. It is not surprising in the circumstances that the text is littered with misprints and careless misquotations.