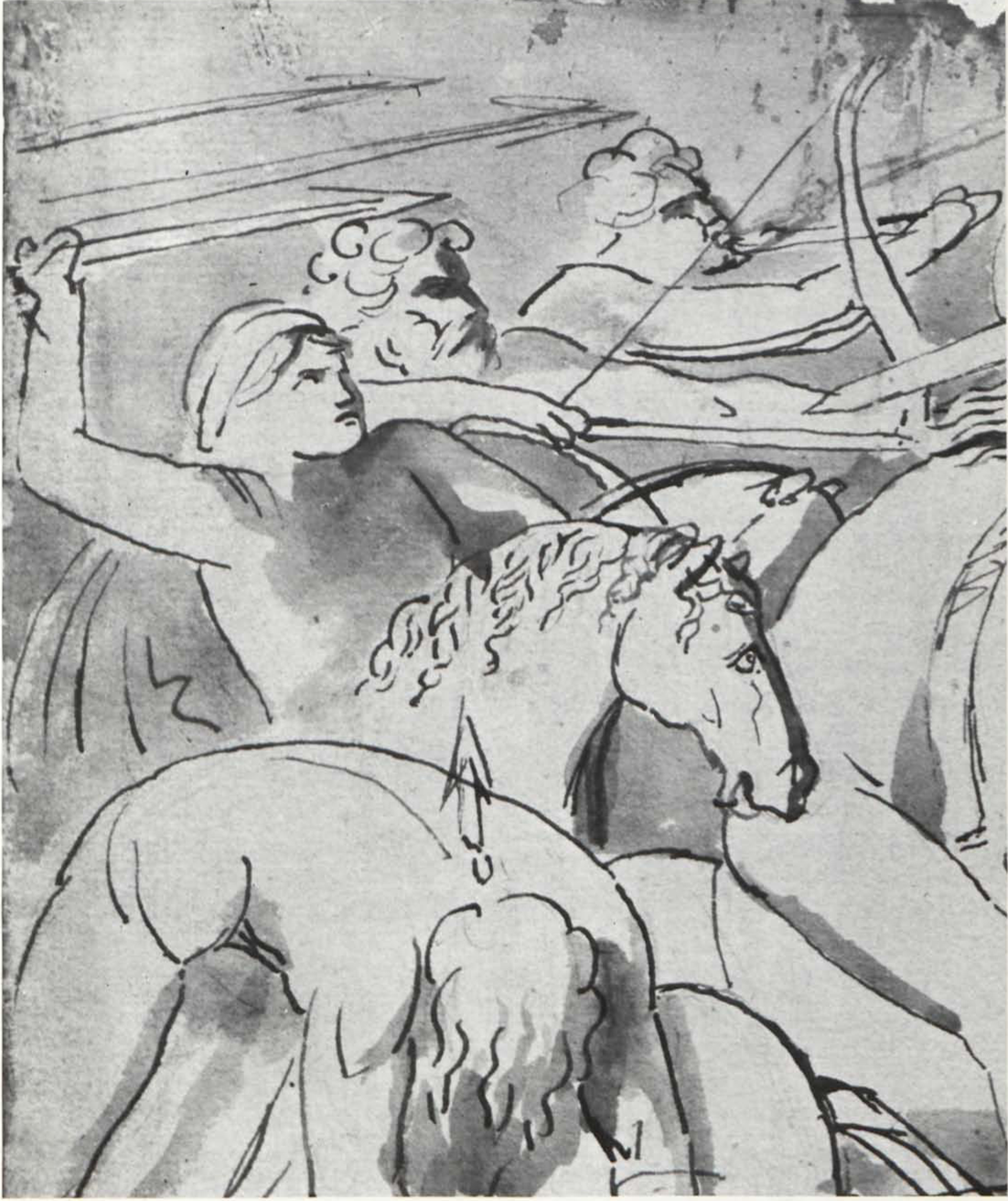 At the moment the chances of a second printing of The Notebook do not seem great, but notice of any errata besides the following will be gratefully received.

The Erratum inserted on p. 105 at the last moment implies corrections on pages [xv], 29 (note 1), 51, 76, 86-7. The 12th line in the Erratum should read: “which I did not mean to attribute.” Page 9, footnote 2: Wýnne’s middle name should be given as Huddleston (also in Index, p. 105). Dr. Judith Wardle supplies this correction, and the information that the copy I saw of Choice Emblems lacking No. 2 must be defective; it continues into the 6th edition at least. In the second, only Emblem 27 is redesigned. But Wardle observes that in Bunyan’s version, in Emblem 22 of Divine Emblems, the boy is trying to catch the butterfly in his hat.

Note (c) on facsimile page [N21] should refer to Table I G (not H). Note on [N 82] should read: “Portrait of Catherine Blake.” Sir Geoffrey Keynes tells me (I can’t locate the reference, though) that Gilchrist assumed this to be a picture of Mrs. Blake; Keynes has now acquired a pencil portrait sketch by George Cumberland that seems to confirm the identification.

[N 115 transcript] The revision of 3b:3 said to be in italics, for grey ink, is mistakenly in roman type in the transcript. Page [67] reference to the Fifth Printing of The Poetry and Prose (1973) as containing corrections was optimistic. Doubleday has thrice reprinted in haste, with no corrections. A corrected edition, with much revision of the textual notes, still lies on the publisher’s desk.

Pages 71-72, Poem 78 note. My purportedly “completely tidy hypothesis,” placing the date “before or during early 1809,” was very untidy, I realize. Indeed I have no plausible hypothesis to explain how I overlooked crucial evidence, the death date of Schiavonetti (Assassinetti) whose passing (7 June 1810) is lamented in the fair copy on N 22 (as my own note in the Doubleday Blake, p. 732, specifies) and in Poem 79. Now poem 79 (“Was I angry with Hayley,” N 23) unmistakably precedes the portion of PA written on page 23. Msc 13 thus belongs before poem 78 in my Table II, pp. 56-57, as does Msc 15. The date of much of PA must then be after June 1810, though some parts of it precede May 1810. The basic error here was to assume that poems 78-131 and PA were mostly written in 1809; I had insufficiently digested the evidence that Blake’s Exhibition was kept open through most of 1810 (see p. 13).

P.S.: The errata and missing cross-references noted in Robert Essick’s review in Blake Newsletter 32 (pp. 134-35) are helpful. But his reading of the picture of Emblem 13 is doubtful, and the problem of the coffin in Emblem 14 is simply that half of it must be presumed to be outside the picture area.

The initial response to The Illuminated Blake has been so vigorous that a second printing is in the press (June 1975) and a British edition (by Oxford University Press) has been published. The Oxford edition repairs most of the errors listed below; I trust the second Anchor does so too—but have not been shown proofs.

Cheap printing had the virtue of keeping a low price on the paperback, but haste in production and the bypassing of page or plate proofs resulted in needless errors. Some of the plates are much too pale, not always the fault of the photographs supplied. In some, important details fail to appear; for three such plates remedial photographs have been supplied for the Oxford and 2nd Anchor printings. The border of Jerusalem 1E somehow disappeared altogether; an attempt to restore it in the Oxford edition misfired somehow; perhaps it will appear in the second Anchor.

All pages over seven inches tall had to be reduced to that height; everything else was to be printed in its exact size. But the printers ignored the designer’s instructions, and the result was shrunken plates for most of America and Jerusalem. Worst of all, the text pages of The Song of Los were shrunken within artificial borders, while the full-picture pages were kept to the maximum dimensions, unbordered. Happily, this gross distortion has been corrected.

On page 206 the revised printings have this added paragraph:

The red scarf, a sort of sun, appears also in C and A. Thiriel has outstretched arms, with palms open, in CAG. There is a separate plate in which only Utha appears. (Reported by W. J. T. Mitchell.)

Finally, the following fresh suggestions for additions to the commentary seem worth giving here. On the Ahania frontispiece (p. 211), Geoffrey Keynes notes, in his facsimile edition, that Urizen, after “stretching his awful hand” (2:31), contemplates crushing Ahania. Susan Fox notes that in Milton 19 (p. 235) one tip of Los’s branching arms reaches Milton’s left tarsus, while in 46 (p. 262) the serpent[e] tail does not quite reach it. In Milton 21 (p. 237) I now think that the fourth marginal figure from the top represents Catherine Blake, since she is skirted like the bottom figure in 22, where the action is analogous to that in Jerusalem 36. Fox also suggests that the lightning in Milton 33 (p. 249) represents that of Ololon’s descent; this seems probable, though we then need new identifications, perhaps, for the touching figures in the center. Michael Tolley notes that on p. 271 the description of the revised “Fire” figure should include horns growing on his head. They are clearly there, but I had never noticed them.

On page 335, to forestall interpretative speculation, it should be remarked that the fragmenting of the worm shape under “earth-Worm are” (37) was caused by ridges in the copper made by the word “LONDON” in the plate-maker’s stamp.