Fragments from Songs of Innocence

Four fragments from Songs of Innocence have recently come to light and were auctioned in London on 5 April 1977 by Sotheby’s Belgravia. Two of the Songs have particular interest by virtue of being the only known instances of Blake’s application of his color-printing technique to the Songs of begin page 61 | ↑ back to top Innocence. These fragments, the illustration to “The Shepherd” and the headpiece to “Spring,” are rather crudely printed in murky colors; the lack of assurance evinced by this handling of the technique allies them closely with Blake’s other experiments with color-printing between 1794 and 1796; the Small Book of Designs (British Museum, copy A) and, above all, the color-printed pages of the variegated Songs of Experience in the British Museum (copy T), bear the same characteristics. The remaining fragments, the tailpieces to “Night” and “Spring” respectively, are hand-colored; the delicate washes of the former are associated with early copies of Songs of Innocence, but the condition of the latter renders its dating uncertain. 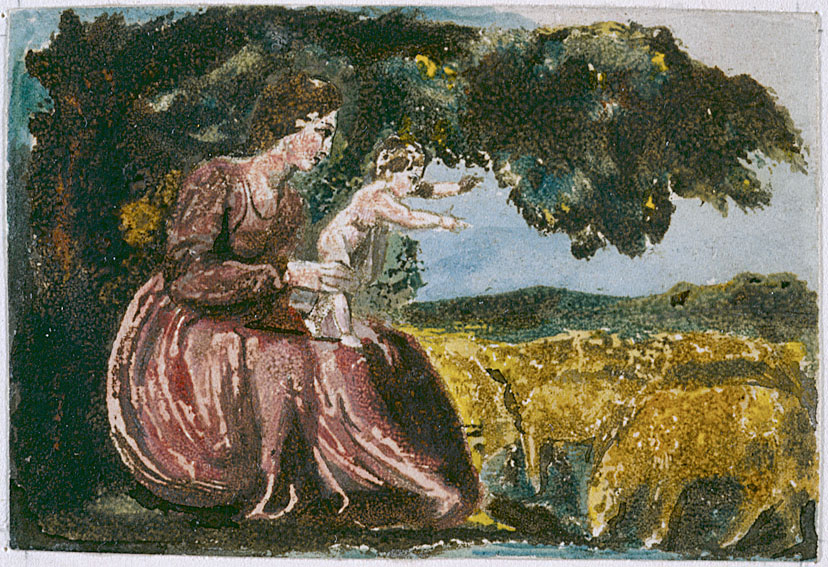 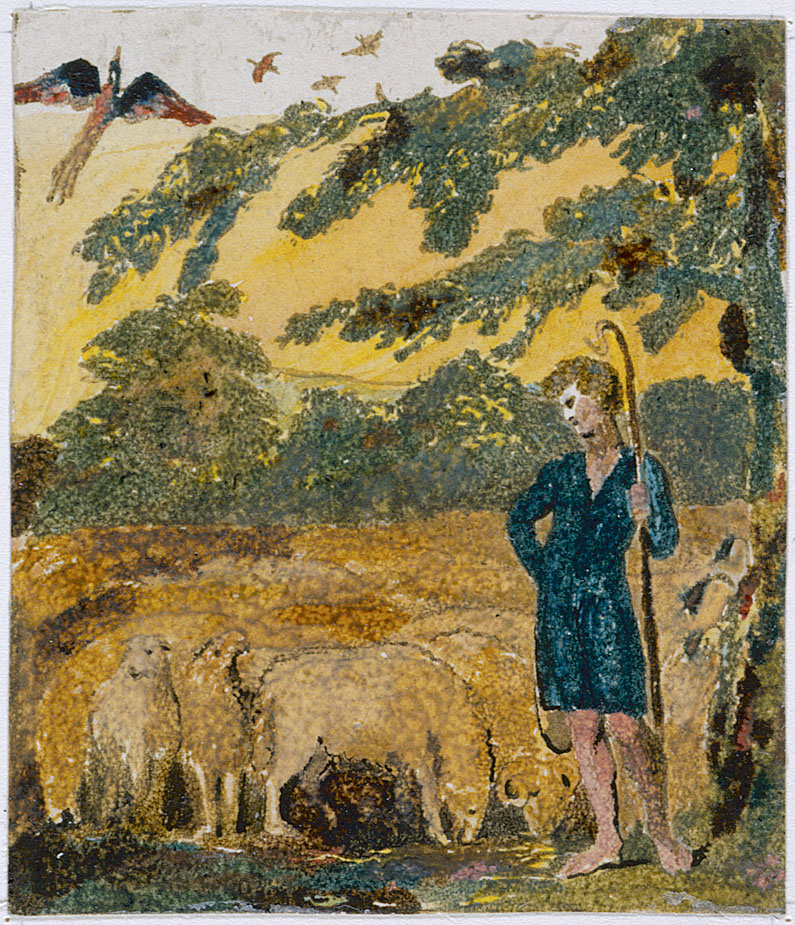