Arnold Fawcus, who died in London in June 1979, aged sixty-one, was the owner of the Trianon Press in Paris and in that capacity has been for thirty years the mainspring of the William Blake Trust. By his premature death the Trustees have lost the highly skilled producer and trusted publisher of the quite remarkable series of books made in facsimile from Blake’s Illuminated Books and prints, together with a few from Samuel Palmer’s etchings and drawings. As Chairman of the Trust I have been parted from a wonderful friend.

Arnold’s parentage was mixed British and American, his chief allegiance being to his American mother, but he somehow came to speak French with greater ease than English. His career began with a scholarship in history at Trinity College, Cambridge. He was also, in spite of his small stature, an athlete. This led to his becoming a leading exponent of the art of skiing and so, in the early days of the second world war, to working as instructor of American troops in Alpine warfare. Having completed this task he was for a time in doubt as to his further occupation, but then decided to join the American Secret Service. Presumably owing to his competence in the French language, he was set to identifying German spies in France. Working from London, he was entrusted with the Ultra-Secret concerning the reading of German codes. He was successful in this very special and romantic-sounding occupation, but was never in any danger and never killed anyone. Most of his spies were induced to work in a double capacity for their own advantage and so to the satisfaction of everyone—except perhaps the Enemy—but this they did not know.

After the Armistice, Arnold was again in doubt how to use his talents, but eventually chose to embark on a business as publisher of fine books in color facsimile, using the technique of collotype prints colored by hand through stencils, a process developed only in Paris. He started with a younger partner, but soon preferred to carry on alone. I was always told he was “difficult to work with,” this being clearly due to his built-in perfectionism, without which he could never have made a success of his exacting profession. At an early stage he had become involved in the production of facsimile reproductions of prehistoric cave paintings for the Abbé Breuil; the Abbé became so dependent on him, appreciating his integrity and skill, that he became in effect the Abbé’s adopted son, and inherited most of his wordly goods, with the duty of supporting the old man’s lifelong assistant, Miss Boyle, on the proceeds of his bequest, for as long as she lived.

I came into contact with Arnold in 1948 through seeing in Boston a set of reproductions of watercolor drawings by Cézanne, which struck me as being just what I wanted for my projected facsimile of Blake’s Jerusalem. I accordingly sought out the Directors of the Trianon Press in Paris and we came to terms for the execution of the work. The result was the well known facsimile of Blake’s masterpiece, the unique colored copy of his last great Prophetic Poem (1951). From this time Arnold became the official producer and publisher for the Trustees of the Blake Trust, and my close friend. He continued to produce other books, notably the work on the Romanesque sculptures by Gilbertus at Autun Cathedral. This was a great success and served to restore to the French nation an outstanding work of art which seemed to have been forgotten. But his main preoccupation was working with all his creative concentration on the Blake Trust books.

At the outset Arnold knew nothing about Blake and his work, but he soon became imbued with the same enthusiasm as ourselves and a determination to serve Blake and the aims of the Trustees as well as he knew how. The outcome of his efforts is there for all to see and forms in my estimation one of the most remarkable events ever seen in the history of fine book production, but it must be remembered that the Trust is an “Educational Charity” and that its achievements have only been made possible by the generosity of our American benefactors, who have wished to pay tribute to the creative powers of our English Blake.

Arnold devoted thirty years of his life to the same cause and I am glad of this opportunity to record the gratitude of the Trustees to him for his matchless efforts on our behalf. 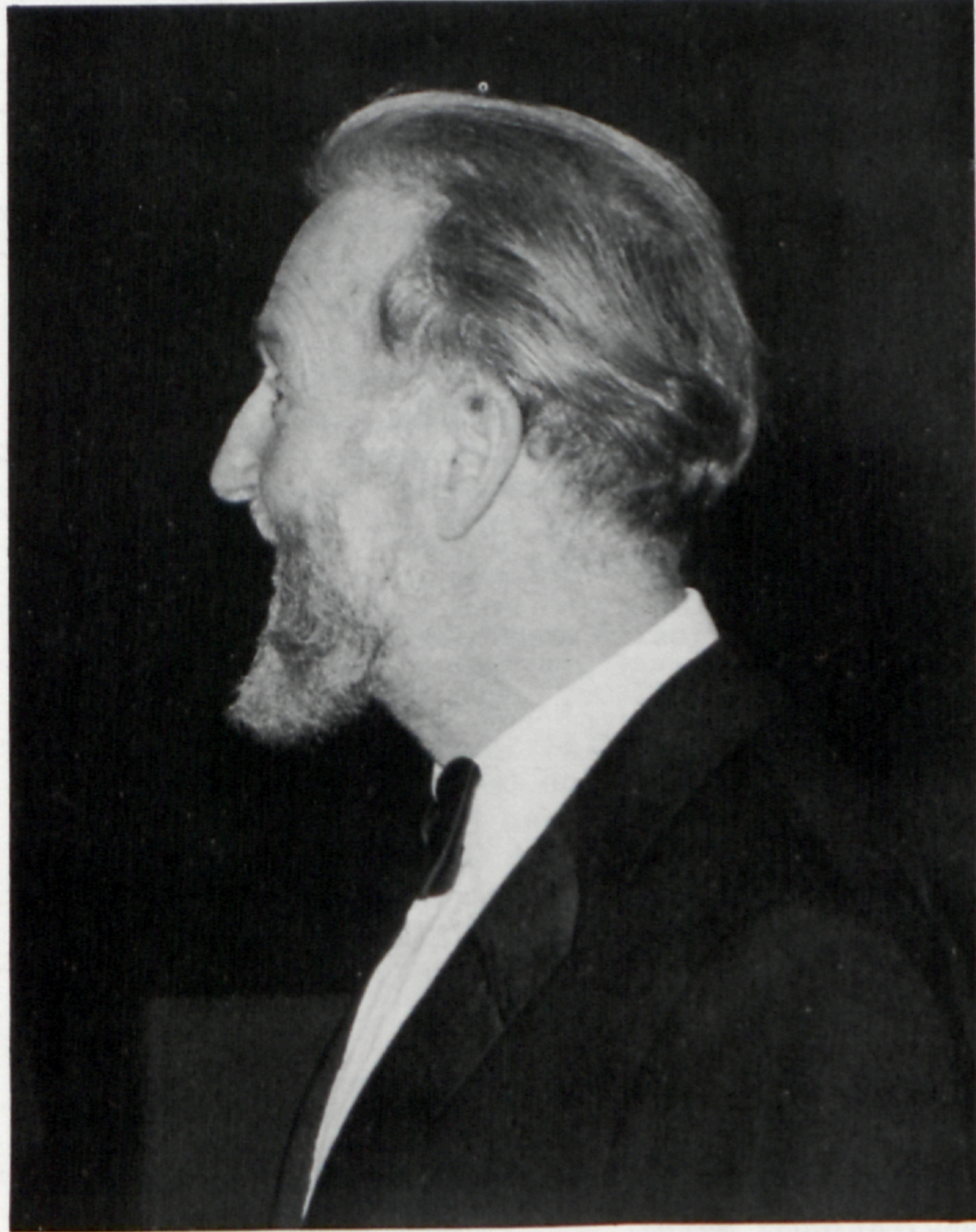 Arnold’s life-style consisted of many endearing eccentricities. He did not care to own stocks and shares, and made a little “profit” out of his efforts for the Trust. He preferred to have unusual properties such as a vintage Bugatti motor car and to live in derelict French chateaux. Thus he owned two enormous castles, one in the Jura and one in Burgundy. He made it his business gradually to restore them to viability and in Burgundy, as a sideline, he became internationally known as a grower of magnificent blue delphiniums, which people traveled many miles to see. This was done entirely for pleasure, not for gain. It was a joy to stay as his guest in these remarkable surroundings as I was allowed to do on many occasions. Any friend of Arnold’s was given many generous signs of his devotion. Being more than thirty years older than he, I became, as he told me, another of his adopted fathers.

Arnold left unfinished four important productions for the Blake Trust. One, a facsimile of the manuscript of An Island in the Moon, with an essav by Dr. Michael Phillips, will soon be published. The three others, Lister’s Catalogue Raisonée of Palmer’s etchings with more than a hundred reproductions, the large package of Blake’s Book of Job, and Martin Butlin’s great Catalogue of Blake’s Works will follow during the next twelve months.

Arnold’s widow, Julie, has bravely assumed the direction of the Trianon Press until these works are done. The William Blake Trust, its task completed, will then be terminated in its present form.