BLAKE IN THE 21st CENTURY

Blake began as the Blake Newsletter in 1967. “The idea,” wrote Morton Paley in his introduction to the first issue, “seems to have sprung like Leutha from the head of Satan.” The price was $2 for four issues of mimeograph-like pages—56 altogether in that first volume (illus. 1). A second technological phase began in 1970. Morton Paley and Morris Eaves began coediting the Newsletter, and production was moved 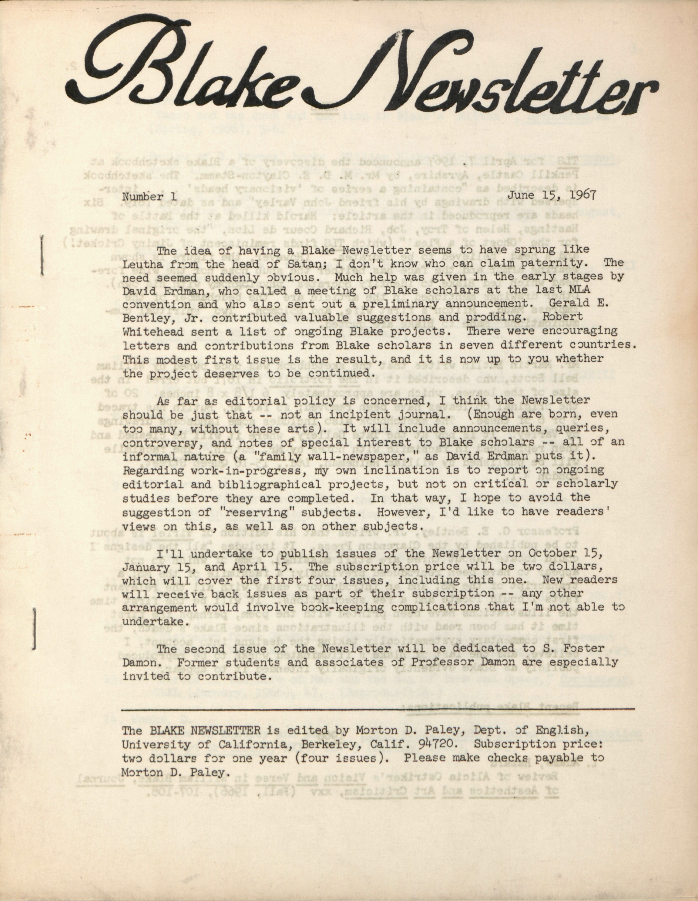 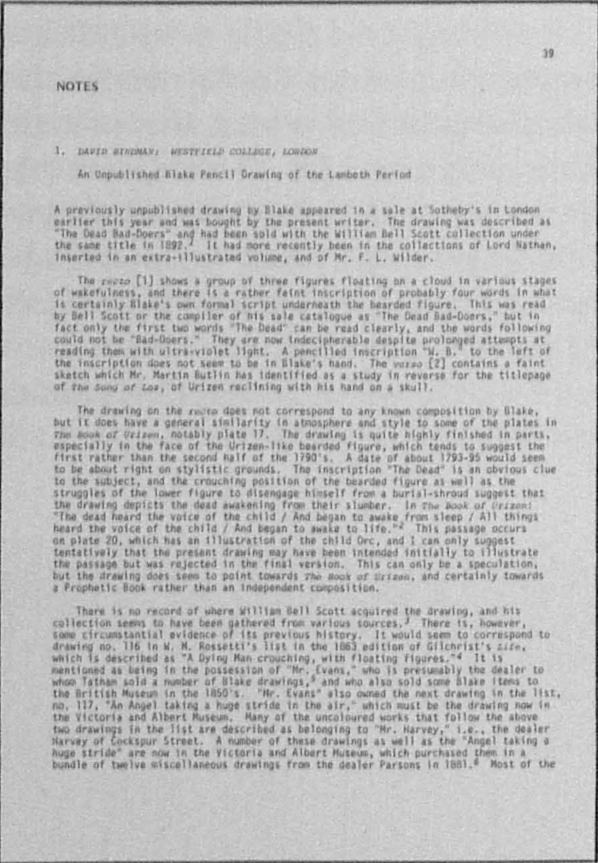 from Berkeley to New Mexico. The first issue from New Mexico was also the first to be printed by offset lithography and hence the first to have pictures (one on the cover and three inside) (illus. 2). The third phase came with the winter issue of 1982-83, when after fifteen years we were finally able to abandon the typewriter for regular (computerized) typesetting (illus. 3). Along with the change in composition came changes in design and format with which we have only fiddled a bit now and then in the years since.

This is all by way of saying that you may have noticed our fourth technological leap, which came along unheralded in the last issue. Until then Blake was produced by the Publications Department of the University of Rochester. It is now produced by PublishEase, a Rochester company that specializes in the latest desktop publishing technology. We’ve taken advantage of the conversion opportunity to change our layout (most obviously in moving from two columns to three per page, which allows us to handle illustrations more flexibly). We’ve also been experimenting with some new technologies: the mechanicals for the first two issues, for example, were produced by a high resolution laser printer (double the 300 dots per inch produced by your standard Hewlett-Packard LaserJet II). Along the way we hope to save enough money to keep quality up—the change has allowed us to shift to a better paper—and keep costs under control (if not down).

The conversion has been remarkably smooth so far, and we’ve been impressed with the expertise of the staff at PublishEase. Our experience has given us the confidence to keep experimenting. We welcome your reactions. 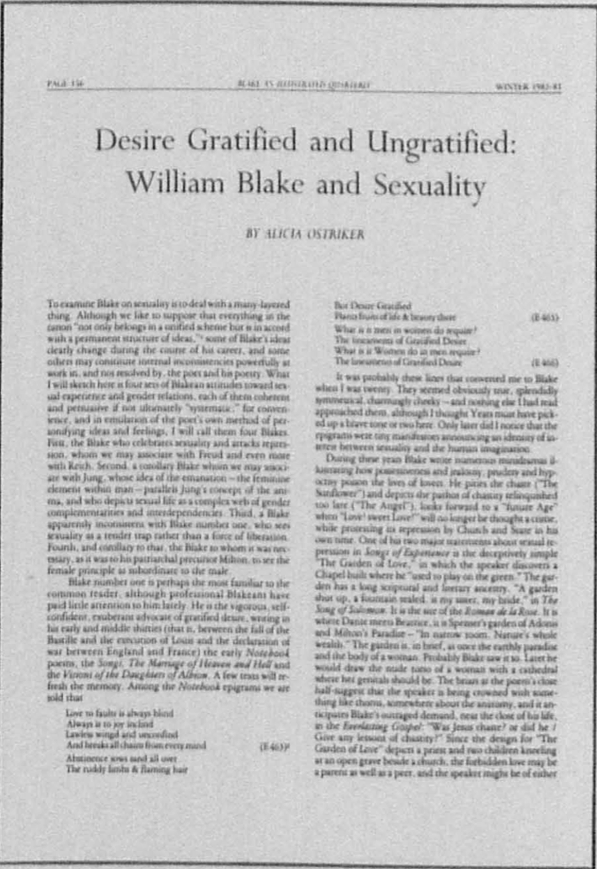