One of the most extraordinary examples of the influence of William Blake on an English artist working in the late nineteenth and early twentieth centuries was demonstrated by a group of watercolors sold at Christie’s in November 1994.1↤ 1 Fine Victorian Pictures, Drawings and Watercolours, Christie’s 4 November 1994, lots 56-64, with two additional works by Stock, lots 66 and 68, all illustrated, all in color except lot 66. The information in this article is mainly derived from the introductory note on pp. 42-43 of the Christie’s catalogue. Paradoxically, the most noticeable feature of these watercolors was their totally un-Blakean style, derived from G. F. Watts and through him Titian and Rubens.

The painter of these watercolors was Henry John Stock (1853-1930). Born like Blake in Soho, London he made a somewhat unusual start as an artist by going blind in childhood but recovered his sight on going to live at Beaulieu in the New Forest. Fully recovered, he studied at the St. Martin’s School of Art and at the Royal Academy Schools and was befriended by the engraver W. J. Linton, who, perhaps significantly, had engraved the illustrations to Gilchrist’s Life of William Blake, 1863. He exhibited at the Royal Academy between 1874 and 1910 and also at the Royal Institute of Painters in Water Colours, becoming a member in 1881, as well as at commercial galleries such as the Fine Arts Society. During the first half of his career he mainly painted portraits, often of upper class and fashionable sitters as in the group of portraits in the fancy dress worn at the Devonshire House Ball of 1897. However, later in his life he concentrated more on subject paintings and in 1909 moved to Felpham, with all its associations with William Blake.

His subject pictures included a number on musical themes such as A Musician’s Reverie of 1888, Listening to Brahms, 1901, and In the Night—Schumann of which he exhibited three versions between 1908 and 1927. He also illustrated the Bible and literature including Shakespeare, Wordsworth, Coleridge, Goethe, Browning, William Morris and Walt Whitman, and, in a more Blakean context, Dante. Closer to Victorian genre were the painting of The Kiss and a related drawing, dated 1894 and 1891 respectively, also included in the Christie’s sale. 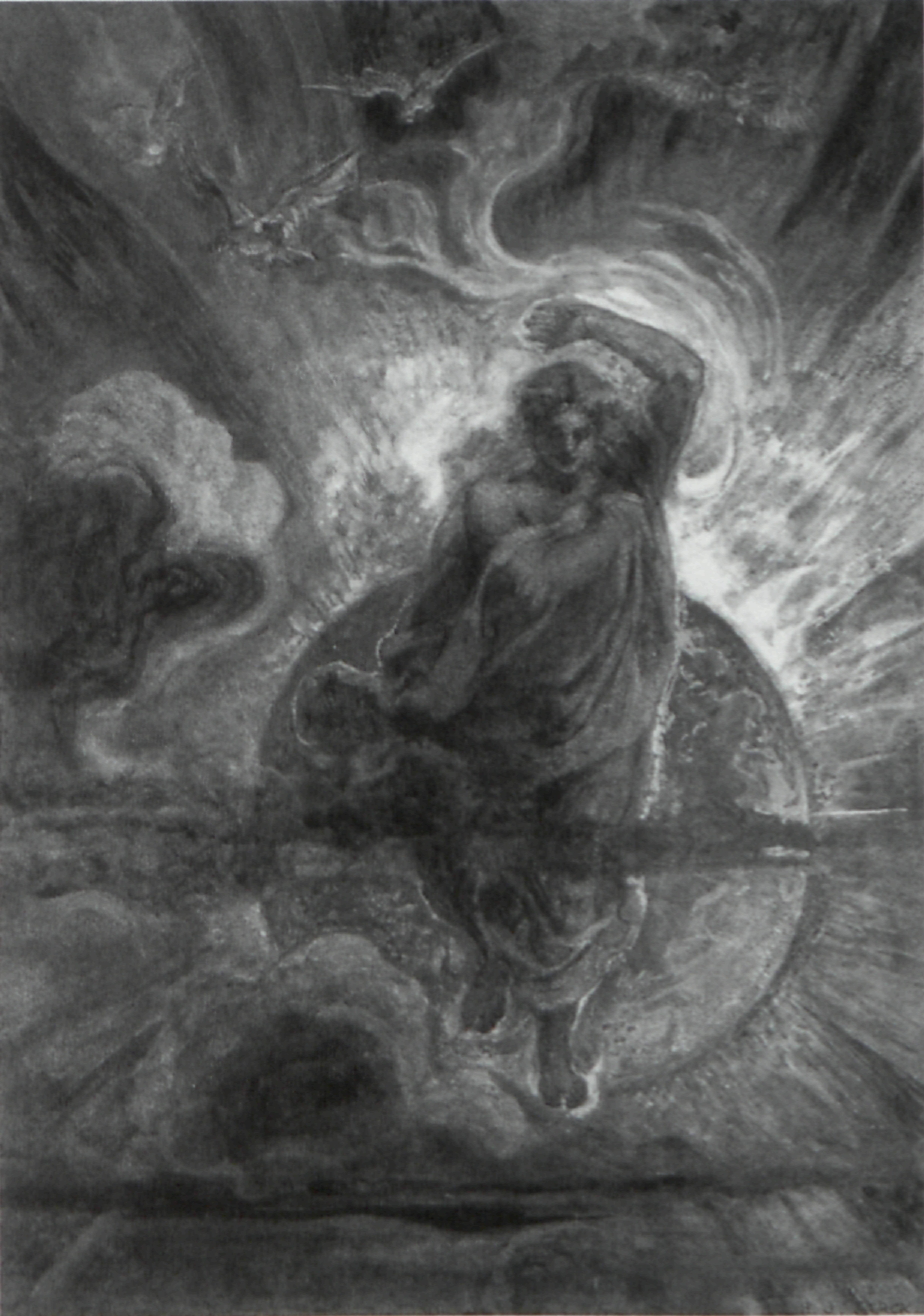 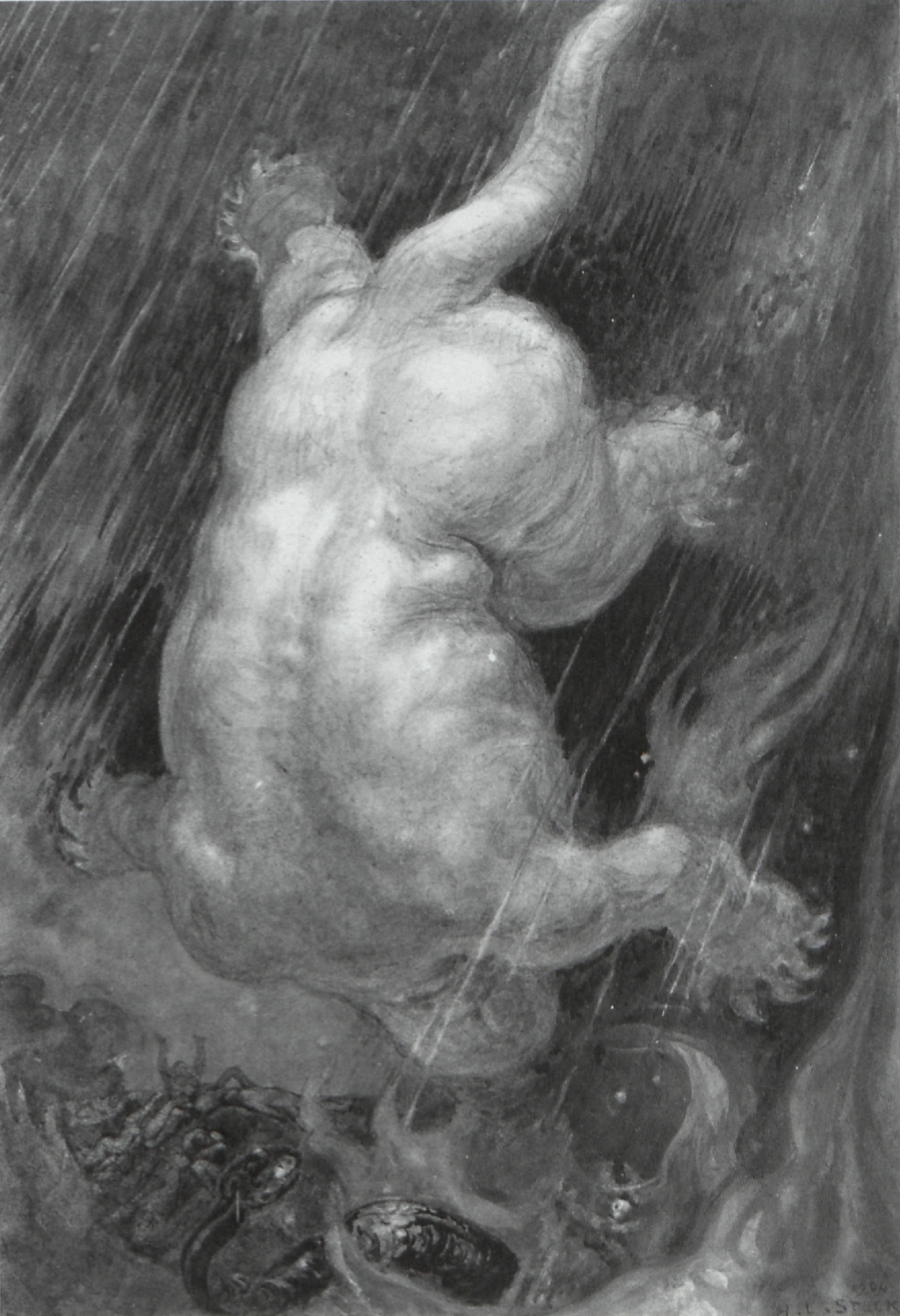 A further link with William Blake, and perhaps at least a partial explanation for this paradoxical illustration of Blakean subjects in totally un-Blakean style, was the commissioner of these watercolors, Francis P. Osmaston (1857-1925), an accomplished musician and author (including a translation of Hegel’s Philosophy of Fine Art and two books on Tintoretto) and a patron of many struggling painters of his time. Osmaston owned a number of works by Blake: a copy of The Book of Thel and a color-printed copy of The Marriage of Heaven and Hell, together with three individual works, the watercolor of Christ raising the Son of the Widow of Nain, the tempera Bathsheba at the Bath and the color-printed Dream of Thiralatha (Butlin nos. 483, 390 and 267 respectively). It is possible that the textures of the color-printed works and the tempera may have helped to justify Stock in his combination of Blakean subjects and un-Blakean richness of effect.

The Blakean watercolors were sold for prices ranging from £1,100 to £5,500 with the exception of the perhaps overly porcine Beast cast into the Lake of Fire which was bought in.