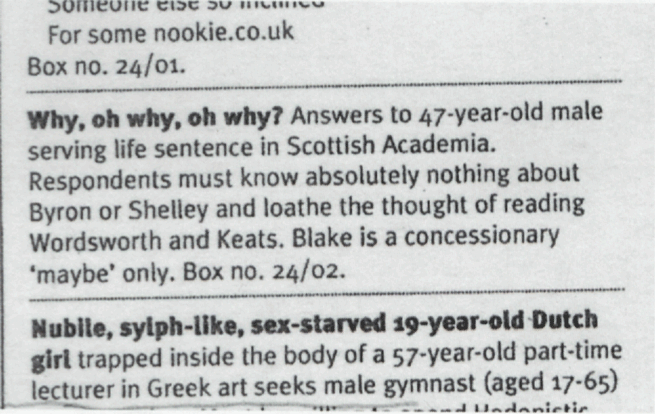 The above personal appeared in the London Review of Books 7 January 1999.

Tom Horton (Computer Science, Florida Atlantic University) reports the following exchange from a recent National Public Radio interview between reporter Bob Edwards and singer-songwriter-actor Kris Kristofferson, who revealed that, as a Rhodes Scholar at Oxford, he had studied Blake: [Edwards] “He [Blake] was a rebel too—they arrested him for sedition.” [Kristofferson] “He was a bad boy, but so was Hank Williams.”