A hitherto unknown drawing from the early part of Blake’s career appeared in a Christie’s sale on 3 August 1976, where it was purchased by Thos. Agnew and Sons, Ltd., who have included it in their 104th exhibition of watercolors and drawings (17 January-18 February 1977, cat. no. 11). The composition on the recto, Warring Angels (illus. 1), is one of three versions of this subject, the other two belonging to the Tonner Collection, now in the Philadelphia Museum (64-110-6), and to the Graham Robertson Collection (no. 97 in the sale catalogue of 1947). A fourth drawing of the same subject is to be found in the British Museum (1874-12-12-140, 141); this is much later in date and should be associated with Blake’s illustrations to Young’s Night Thoughts rather than his “juvenilia.” Of the three early versions in question, Agnew’s drawing is the most fully developed composition and the Graham Robertson sketch, the most perfunctory. The subject matter is, itself, of interest, when seen in conjunction with a number of drawings from Lady Melchett’s collection (Lucifer and the Gods, Christie’s sale 9 November 1971, no. 78; Adam and Eve, Christie’s 9 November 1976, no. 78), which are proof of Blake’s intention to execute a series of Miltonic illustrations as early as c. 1780. 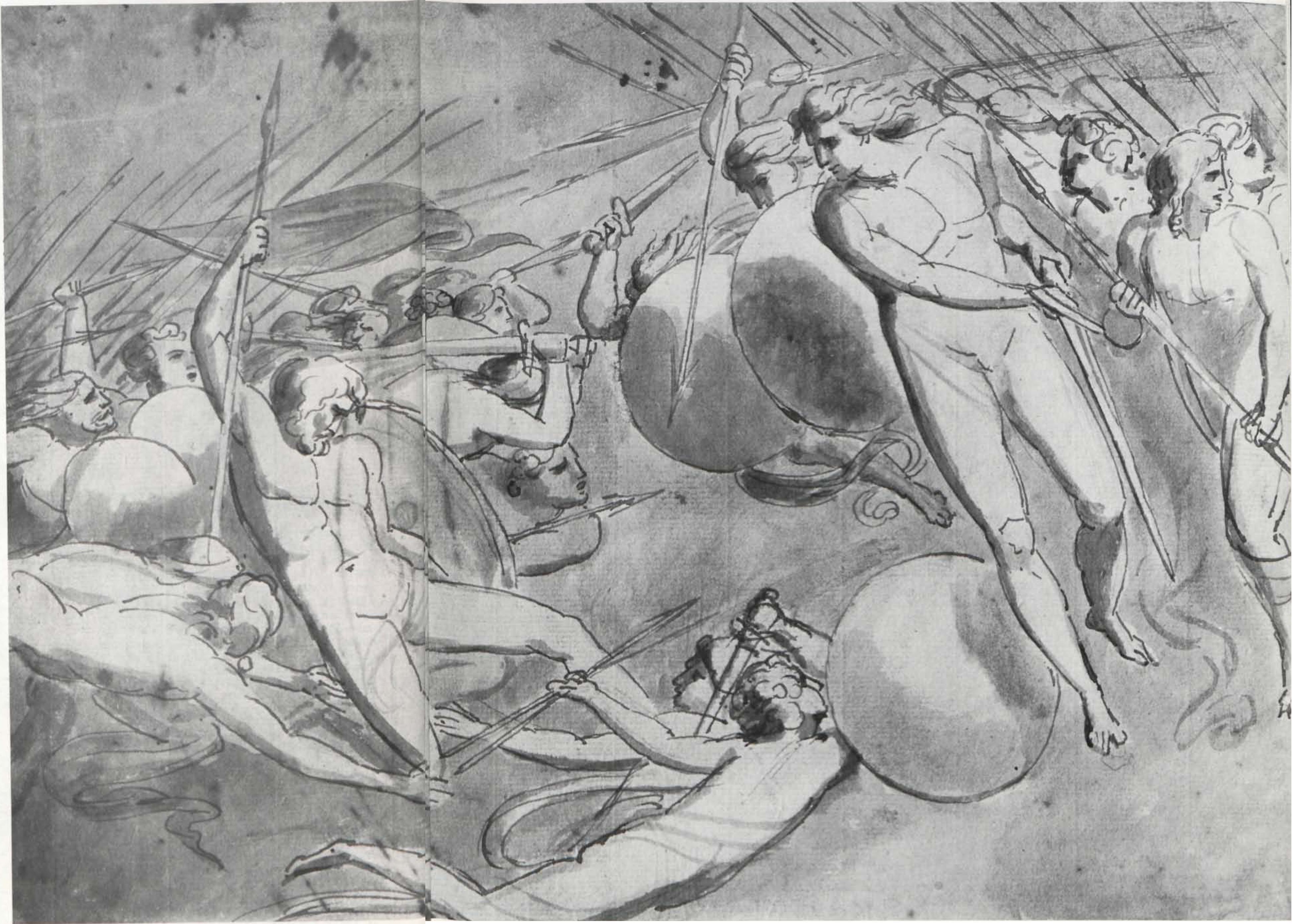 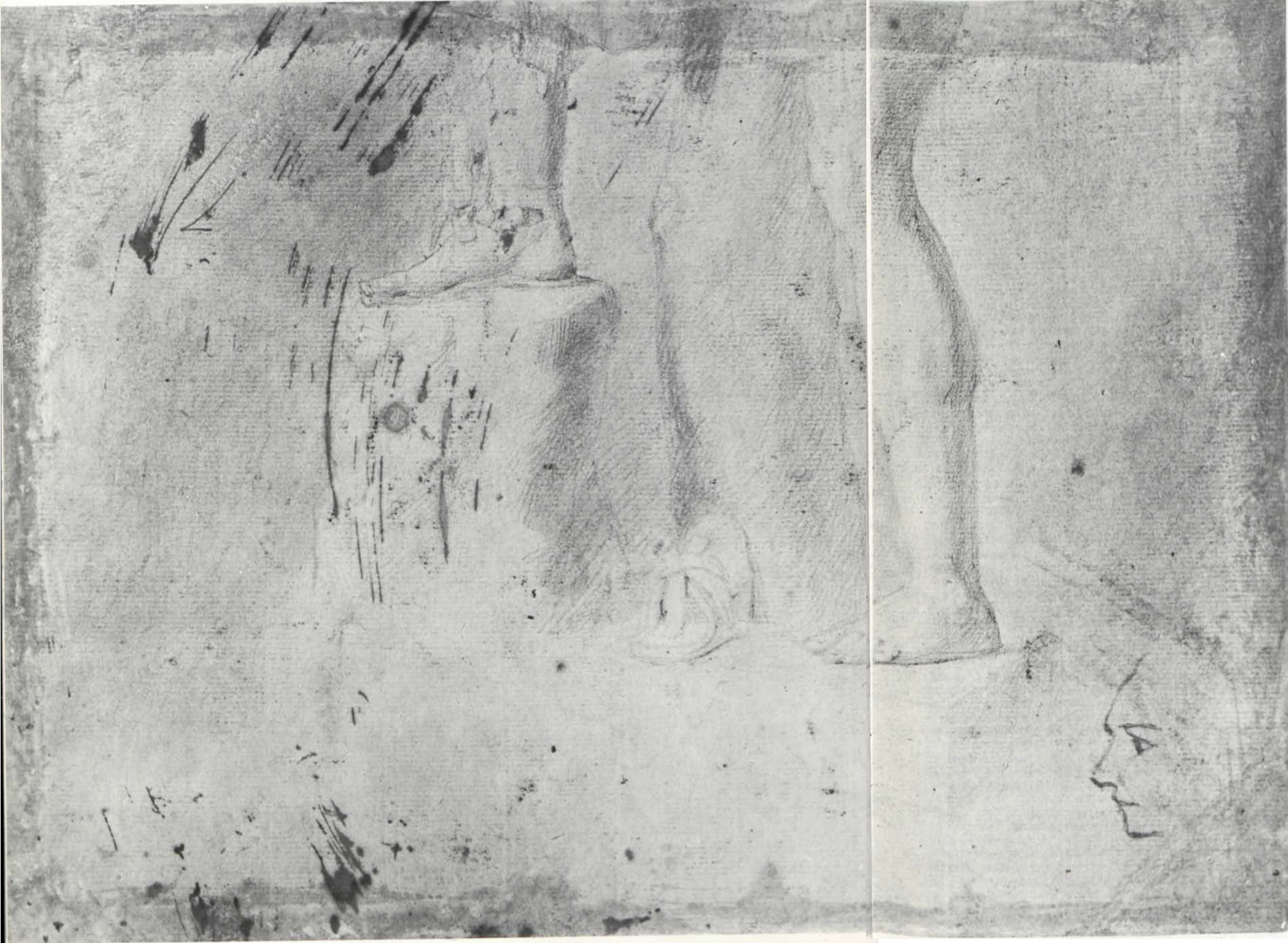 On the verso of the sheet are studies of a leg and foot (illus. 2) which probably relate to Blake’s student exercises at the Royal Academy, where he enrolled in 1779.