Reviewed by Florence Sandler*↤ Florence Sandler is an Associate Professor of English Literature at the University of Puget Sound. She has published articles on Milton and Blake, among others, and is now planning a book on the Biblical tradition in English literature from Langland to Blake.

The nature of Milton’s influence on the Romantics is something no longer to be simply taken for granted, especially since it has become the subject of urgent discussion by Harold Bloom and Joseph Wittreich. (See, most recently, Wittreich’s review of Bloom’s book, The Anxiety of Influence, Blake Studies, 6 [Fall 1973], 89-94.) To this subject Leslie Brisman’s Milton’s Poetry of Choice and Its Romantic Heirs makes a significant, at times brilliant, contribution. The quality of choice that he finds to be characteristic of Milton’s (as distinct, for example, from Shakespeare’s) poetic is something to which he was first alerted, perhaps, by his reading of the moderns—Kierkegaard, Sartre and Camus are his points of reference rather than philosophers or critics contemporary with the poets under study. But he is surely right to assume that choice was equally a preoccupation of the generations that inherited the quarrel between Luther and Erasmus on the scope of Free Will. Brisman’s deliberately modern perspective is not often felt as an intrusion, mostly because it is assumed in and under a subtle and sympathetic handling of the texture of the poetry, and also because he is prepared to make adjustments for the way in which the issue would have been presented in the seventeenth or the nineteenth century.

One of the merits of the book is that it does not assume that Milton’s influence on the Romantics is monolithic, but picks up the discussion of Wordsworth, Keats, Shelley or Blake at their different points of engagement with Milton, on the issue where the Miltonic choice becomes incisive. In the chapter devoted to Milton and Blake (entitled by a phrase from Milton, “A Time to the Space”), the point of engagement is the relationship of history and salvation. Brisman traces in Paradise Lost the significance of historicity, first of all in Eden where it is the essential condition for the self-consciousness of Eve and Adam from which they make their decisive choices; and secondly in the post-lapsarian world, where historicity first appears to Adam as an alien structure but is eventually recognized as the space interposed by grace between the fatal choice and the sentence, the division of time (like the division of the Godhead into persons) being the accommodation of the absolute to allow for human experience and creativity. Adam’s temptation to have the sentence of death carried out upon himself straightway is matched in Paradise Regained by the temptation presented to the Son to identify himself straightway with the Father—in either case, a temptation to foreshorten experience and to force God’s hand. The pride and despair which prompt such a temptation are embodied in the Tempter himself, who insists upon complete knowledge—or else the abyss; supreme power—or else self-destruction.

By his own route, Brisman has come, like Wittreich, to the realization of the centrality of Paradise Regained to Blake’s understanding of Milton. And, like Bloom, he asserts at this point a deliberate misreading on Blake’s part of Milton’s intentions. Where Milton, at the dialectical resolution of Paradise Regained, sees the Son and the Father as one, Blake would deny the Father any reality that is not human; where Milton sees the extension of history as the work of grace, Blake insists that only in the moment, in the utmost contraction of time, is the apocalyptic opening to be found. “The two issues, division of eternity into temporal periods, and the division of the Eternal into separate persons, are precisely the issues on which Blake turns most against Milton, reading his precursor’s humanistic modifications as signs of fallenness” (p. 202).

But Brisman’s special contribution here is his suggestion that Blake “misreads” Milton and employs what is, on Milton’s terms, the satanic maneuver of denying history only provisionally and, indeed, for the purpose of attaining the very end at which Milton’s humanistic modification had been aimed, namely, the redemption of Time. Blake takes Milton’s gracious extension of time as history in its determined, Urizenic form in order to get behind that form to the point from which history can be continuously recreated in vision. (If Brisman had been interested in political circumstances, he might have noted that for both poets the urgency of the issue sprang from the failure of revolution in which so much hope had been invested.) In The Four Zoas, Urizen, who as Creator has manifested the characteristics not only of Milton’s Satan but also of Milton’s God, comes in Night the Ninth to the realization that he must cast aside his projected futurity and turn his back upon the void which he himself has made, existing from henceforth in the truly human uncertainty, which is also freedom; and Milton, in the poem of that name, carries out the heroic choice in all its implications when he leaves behind the certainty of Eternity to reenter time and human relationship on “this earth of vegetation.”

Reviewing Brisman’s argument, a Miltonist may be surprised that he neglects what would seem to be an essential part of his case for the importance of choice in Milton, namely, Milton’s portrayal of a God who is himself committed to experience, choice and change, so that history becomes not only the sphere of man’s creativity but the medium in which God and man interact. It is in consequence of this that Milton can begin page 128 | ↑ back to top affirm the existence of the “elect.” Brisman’s omission is the more odd in that Milton’s adherence to the promise of election is exactly the subject of Blake’s most explicit criticism—in a poem which celebrates Blake’s own “election”! Presumably this is another instance of Blake’s misreading in order to reinstate on his own terms. The Blakean, grateful for the insight which explains why all of the action of Milton must be accomplished in a moment, will still wish that Brisman had had Time or Space to handle the associated proposition that the moment comprehends all time; for the specific correlations that Milton in that poem must perceive between the corruptions of history and the corruptions of his own Spectre and Emanation deserve the same close study that has been devoted to Adam’s relationship to historical events in Paradise Lost. Brisman admits in his Preface that Blake may seem slighted, and that he deserves a separate study. One hopes that this remark can be read as the promise of such a study to come. 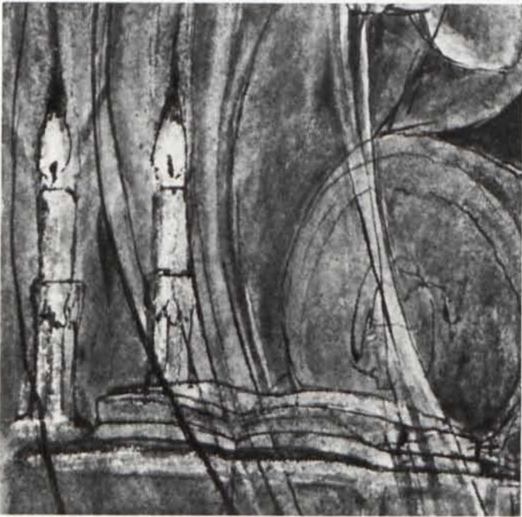 The argument of Milton’s Poetry of Choice and Its Romantic Heirs is coherent and impressive, but to abstract the argument, as has been done here, is to give a misleading impression of the book itself. Brisman’s style is by no means straight-forward and expository, but subtle, sensitive, full of allusion and suggestion. This on the one hand has the effect of obscuring the argument; and, on the other, it conveys the quality of experience that the argument asserts to be involved in poetic choice. One is aware, throughout the book, that beyond such issues as the quality of Milton’s poetry and of its influence on the Romantics, it is the quality of life itself that is at stake. For a book like this one can only be grateful.